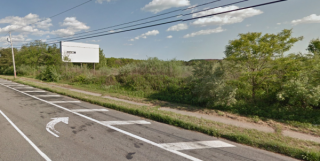 Suffolk legislative Majority Leader Rob Calarco and five other Democratic county lawmakers are calling on a state gaming panel to reject a plan by Suffolk Off-Tracking Betting Corp. for a $65 million casino with 1,000 video lottery slot machines in Medford.

Calarco also criticized state and local OTB officials for failing to communicate with the surrounding community to "get them on board," or to detail how they will deal with potentially negative impacts.

"Medford has long been known as a quiet suburban community . . . and a safe place to raise a family," Calarco said. "They don't want to be known as the place to go to gamble."

Their opposition followed a decision by Nassau Off-Track Betting Corp. on Saturday to abandon its plan to locate a VLT casino at the former Fortunoff's site in Westbury. The Brookhaven Town Board also has passed a nonbinding resolution opposing the Medford casino site, although town lawmakers said they planned no legal action.

Phil Nolan, Suffolk OTB president, said the Medford site is "as right as it can be," and is isolated from homes.

"It is currently a blighted site with syringes and beer bottles on the ground where ATVs and dirt bikes are being ridden daily," Nolan said. "We will make it one of the safest pieces of property on Long Island."

Nolan said the project will create 500 construction jobs, 350 to 400 other jobs once the casino is open and millions of dollars in tax revenues.

"Instead of people driving to New Jersey, Aqueduct or Connecticut, they can spend their entertainment dollars close to home," he said.

Suffolk OTB, which is just emerging from bankruptcy, already has bought the 31-acre parcel, once a movie multiplex, for $10.95 million.

In his letter, Calarco said state rules for siting gaming facilities require "Host Municipality" approval by resolution before the state will grant a permit to operate. Since the town is on record as opposing the Medford site, "I ask you to deny this application," Calarco wrote.

The Upstate Gaming and Economic Development Act, which authorized up to four upstate casinos, requires local government approval of certain "gaming facilities." The law also authorized 1,000 machine video lottery terminals each in Nassau and Suffolk. But gaming commission officials said the law does not require the same local approval for the Long Island VLT sites.

"The commission has no role at all in the site selection of the these OTB VLT facilities," said gaming commission spokesman Lee Park. "We issue licenses under the same criteria as if the OTBs were opening a new branch."Justin Meyers, a spokesman for Suffolk County Executive Steve Bellone, said the OTB didn't consult the administration about the land purchase. Bellone had backed state legislation authorizing the casinos in Suffolk and Nassau.

Calarco disclosed the letter in response to criticism from Republican Frank Tassone, a Brookhaven Town employee who has screened to run against him this fall.

Calarco dismissed the idea of replacing the board, saying it would amount to "political posturing." He said there are no casino revenues in the 2015 budget.

Legis. Kevin McCaffrey (R-Lindenhurst), minority leader, also said he would not support removal of the OTB board. The VLT parlor will "help the county, and add $150 million in revenue, mainly for state education," McCaffrey said. "...It's something that has to happen."

Casino opponent MaryAnn Johnston, president of the Associated Brookhaven Civic Organizations, called the Democrats' letter "a beginning, but a lot more needs to be done."

She added, "Nassau moved faster to smell the coffee, but we can brew a pot here."