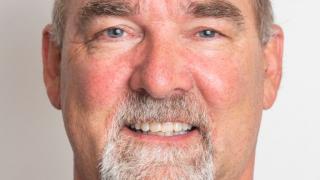 But a count of hundreds of absentee and affidavit ballots in other primary races Tuesday in Nassau and Suffolk counties likely will delay final unofficial results in those contests, election officials said.

Counts of those ballots won’t begin until at least June 29, according to the Nassau and Suffolk County boards of election.

RECOMMENDED READING
2021 primaries: Latest results
But "it’s not a science," said Scheuerman, noting that "as we saw in the 2020 general election in Nassau, the absentees made the difference and flipped many races."

Van Scoyoc, East Hampton supervisor since 2018, beat town Councilman Jeffrey Bragman in Tuesday's Democratic primary in East Hampton, according to unofficial results released by the Suffolk County Board of Elections.

Bragman will be on the ballot in November on the Independence Party line.

Hundreds of absentee ballots still uncounted in LI primaries
Jen Hebert came in first in the Working Families race for two town council seats, with 114 votes, and Robert Smitelli came in second, with 21 votes. Michael Oddo received 8 votes, but there were only 9 WFP ballots sent out.

Smitelli had been a registered Republican since 1991, enrolled in the WFP this year and then re-enrolled in the GOP on March 9, with the switch to take place after the primary,

There also are 89 write-in votes in the WFP council race to be counted.

WFP officials said some former Republicans and Conservatives in Huntington and Southampton towns switched their enrollment to the minor progressive party this year and then submitted petitions to force primaries against WFP-endorsed candidates.

"It’s clear that voters are tired of political games and ready for new leadership in Huntington," Sochie Nnaemeka, director of the New York Working Families Party, said in a statement. "Our WFP members are enthusiastically supporting Rebecca and Jen because they share the progressive values of the party."

County Republican Chair Jesse Garcia denied party raiding, saying many voters and candidates have switched their party registrations as their political perspectives changed over the years.

In two Working Families races in Southampton where party raiding allegations also were made, results were still too close to call Wednesday, according to unofficial county election data.

In the WFP race for Southampton Highway Superintendent, WFP-endorsed candidate Thomas Neely led Marc Braeger by a margin of 10-4.

In the WFP race for two seats on the Southampton Town Council, party-backed candidates Tommy John Schiavoni and Robin Long got 14 votes and 13 votes respectively, while Sean McArdle received 4 votes and his wife, Miranda Schultz, received 2.

But Working Families voters in the town requested 27 votes that have yet to be counted, according to the Board of Elections.

Leah Rosensweig Tozer lagged Lester by 243 votes, but 514 Democratic absentee ballots were requested, with 198 returned as of Tuesday.

In the Islip Town Republican Primary for Receiver of Taxes, Andrew Wittman III had 1,377 votes to Michael Siniski's 1,082, according to the BOE. But 950 absentee ballots were outstanding, with another 342 already returned.

But 280 absentee ballots were requested, with 114 returned so far, Nassau election officials said.

In the Huntington Democratic Primary for two Town Council seats, Hebert had 2,432 votes and Joseph Schramm Jr. had 1,636, with Hunter Gross was trailing with 1,427.

But 401 absentee ballots have been received by the county Board of Elections, and another 1,034 had not yet been returned by primary day.

Absentee ballots had to have been postmarked or dropped off at a polling site by Tuesday to be counted.