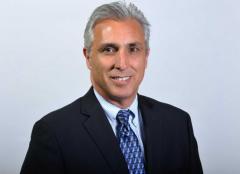 Janet L. Heller-Smitelli knows her district and its residents' issues. The 54-year-old Republican from South Huntington has an admirable passion for public service and a future in elective office. Alas, that future is not now.

Her opponent, Louis D'Amaro, 54, of Deer Park, is running for his sixth and final term. A Democrat, he has a solid record of accomplishment and a list of laudable policy goals he still wants to achieve -- developing downtowns as economic engines; creating affordable housing; attacking the heroin epidemic from the angles of policing, education, prevention and treatment; and protecting the environment by expanding sewers.

D'Amaro also knows the county still does not have its finances in order. And he recognizes that, in an era of increasing Internet commerce, sales tax collections are not going to rebound. We challenge him in his last go-round to use his intelligence, experience, and position as chairman of the budget and finance committee to figure out how to make Suffolk less reliant on that funding stream.