New committee could shape the future of North Fork Preserve 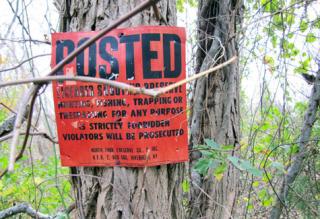 With plans for Northville’s North Fork Preserve already taking shape, the county Legislature is set to vote Tuesday on the creation of an advisory committee to make recommendations for development and future use of the park.

Because of the park’s 314-acre scale and the number of proposed active uses — which include camping, hiking and horseback riding — the park stands to have “significant” impacts on nearby communities, according to the resolution introduced by Legislator Al Krupski (D-Cutchogue).

The proposed North Fork Preserve Advisory Committee would be made up of 10 members, including representatives from the county and Riverhead Town government, as well as members of local civic group, an environmental group and horseman’s organizations to gather input from the community and make use recommendations, according to Mr. Krupski’s proposal.

The county purchased of the final three acres of the Preserve in February 2013 with a price tag of $702,000, while the bulk of the property, two parcels totaling 314 acres, were purchased in 2011 for $18.3 million, according to prior News-Review coverage.

In an interview Friday morning, Mr. Krupski said he made the recommendation after hearing from residents neighboring the park, who had voiced concerns about use and infrastructure, including drainage for storm water runoff. Last winter, the county decided to borrow $850,000 to fix drainage problems coming from the property which have plagued an abutting Northville neighborhood for years.

He said Friday that the community is also interested in completing and inventory of natural resources on the parcel “to make sure that everything on the parcel is protected.”

Mr. Krupski said local input is very important, as the “people who live nearby, who are probably are going to use it the most, should have some input as to how it is developed.”

Current plans include leaving 133-acres of the northern section undeveloped for uses like hiking or horseback riding, while the southern portion will be used for more active recreation like camping, tennis and basketball.

The three acres most recently purchased contain existing structures on them which will be used by the Suffolk County Parks Department for a check-in station, parks maintenance equipment, a caretaker residence and include a small office area for parks personnel, Mr. Krupski said during prior to its purchase.

“The North Fork Preserve has been called ‘Suffolk’s last great park’ and I agree with that description,” Mr. Krupski said during the final acquisition. “The park, with fishing, hiking, camping and more, will be a highlight of the entire Suffolk County park system.”

Read more about the committee in the proposed legislation: