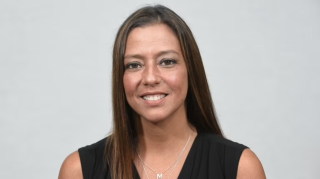 When Monica R. Martinez served previously in the State Senate, she developed a reputation for being an independent voice who could detour from her own party's path and who, on a very granular level, understood the needs of her constituents.

This year's redistricting has reshaped the area the Brentwood Democrat would represent. But after a hard-fought primary, Martinez, 45, is making the case that she can be the same independent representative for a new set of communities, saying she still has "work to do."

Martinez, whose one Senate term ended with a 2020 loss, was one of the early voices after criminal justice reforms first passed in 2019 to suggest and push for amendments. Now, she says she wants to work on the "root of the problem" when it comes to crime, by focusing on at-risk youth and the mental health and substance abuse needs her district faces.

Martinez also puts a spotlight on women's health issues, including getting insurance to cover mammograms for younger women and emphasizing the importance of early detection of diseases such as endometriosis which can hinder pregnancies. A former teacher and school administrator, she worries about the students in her district who fell behind in school due to the COVID-19 pandemic, and is advocating more funding for after-school programs and special education needs. And she supports an equality amendment to the state Constitution to secure greater protection for abortion rights.

Martinez outlines clearly the need for additional funds for the region's parks, something she sees more acutely after having served as a regional deputy director in the state Parks Department.

Brentwood Republican Wendy Rodriguez is a real estate agent who knows her district and can speak particularly well to the needs of small business owners. And she rightly recognizes the importance of apprenticeship programs and other activities to try to reduce gang activity in the district. But while she talked of trying to address crime, inflation and other concerns, Rodriguez, 39, was unable to articulate the roles the state could play beyond the refrain of repealing cashless bail. And, surprisingly given her real estate background, she lacked an understanding of the region's need for affordable, multifamily housing. Rodriguez supports the right to abortion only in cases of rape, incest or a risk to the mother's life, and opposes funding to help those from outside the state who come here seeking abortion-related health care.

Martinez brings a fresh energy to her new Senate run. Her knowledge of how Albany works, particularly in terms of how to obtain funding for local projects, will benefit the neighborhoods she now represents and the region as a whole.