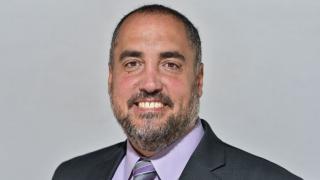 Neither Mike Siderakis nor Mario R. Mattera has held elected office, but each knows his way around the halls of power. That experience reflects most positively on Siderakis, in the race to replace former Senate Majority Leader John Flanagan, at one time the most powerful Republican in New York.

Siderakis, 51, a Democrat from Nesconset, served as a state trooper for 28 years, including a two-year stint as legislative director for the troopers’ benevolent association. That experience meant he worked in Albany with lawmakers. Siderakis thoroughly understands the issues, and would be ready from the start to capably represent the district. Siderakis has a realistic take on the state’s budget woes. He says that dealing with the shortfall exacerbated by the coronavirus will be painful, and that solutions will include both spending cuts and revenue increases. He argues that a temporary tax on the very wealthy might be needed but that it should come with a hard end date. And he wants to protect school aid and health care from spending reductions.

Mattera, 57, a business agent for Plumbers Local Union 200, is a familiar face at town board meetings pushing for union jobs on construction projects. He has a strong commitment to infrastructure and water quality improvements, including sewers and sewage treatment plants. He also has intriguing ideas for the huge tract of state land at the former Kings Park Psychiatric Center site; he wants to involve the community in a planning process that could yield a mix of open space, recreation, entertainment, small businesses and housing in a village-like community. But he lacks Siderakis’ depth of knowledge on a variety of issues and has no suggestions for handling the state’s current budget deficit. Mattera, a Republican from St. James, said he was "100% disgusted" by recent Suffolk County indictments of other officials in his plumbers union, including his fellow business agent, in connection with taking bribes, but he would not commit to returning campaign donations from the union or its leaders.

Siderakis might be making his first run for public office, but it’s a well-timed run for a candidate ready to do the job.