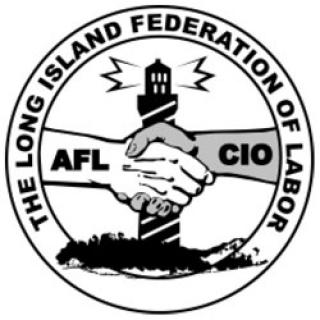 Today, Suffolk County Legislature candidate and Southold Town Councilman Al Krupski claimed a major endorsement when the Long Island Federation of Labor, the largest labor organization on Long Island with more than 250,000 members announced its support in the January 15 Special Election. This adds to a number of other important labor endorsements for Krupski including the Suffolk County Police Benevolent Association and Suffolk County Community College Faculty Association/NYSUT.

"As someone who works hard to help build coalitions and bring people together, I am honored to receive these important endorsements," Krupski said. "As we move towards Election Day, there is growing enthusiasm to elect the first farmer in the history of the Suffolk County Legislature."

Durso noted that both candidates filled out questionnaires and then had screening interviews with the Long Island Fed. Now that the organization has endorsed Krupski, its members will participate in the election by organizing labor walks, phone banks, and direct communication with the thousands of labor families in the 1st Legislative District.

“Organized labor will work hard from now until January15th to pull Al Krupski over the finish line,” Durso said.

The 250,000 member Long Island Federation of Labor, AFL-CIO represents a wide range of union workers from teachers to technicians, public employees to painters, bus drivers to bricklayers, retail, auto, janitorial, utility, health care and construction workers just to name a few. Over 120 AFL-CIO unions are affiliated with the Federation and 32 different unions and locals sit on the Executive Board, including the Building and Construction Trades Council of Nassau and Suffolk Counties.