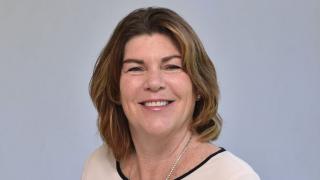 Assembly races seldom feature two candidates as knowledgeable about their district as this one. Both have deep roots in the North Fork, and in regional governance.

Laura M. Jens-Smith, 57, a Laurel Democrat, is the former Riverhead Town supervisor and former president of the Mattituck-Cutchogue school board. Republican Jodi A. Giglio, 52, of Baiting Hollow, has served 10 years on Riverhead’s town board and owns a construction management company.

They have several policy differences. Giglio would handle the state’s budget crisis with spending cuts only; Jens-Smith says new revenue also will be needed. Jens-Smith has a nuanced take on new bail reform laws, noting crime is still low but that some corrections are needed; Giglio cites "lawlessness in the streets" in arguing reforms should be scratched and the process restarted. Both want the EPCAL site developed.

They most clearly diverge in their philosophy on dealing with an Assembly majority dominated by New York City Democrats. Giglio has the edgier tone, saying, "we have to embarrass" them for what she calls "bad legislation."

Jens-Smith proposes forming a bipartisan suburban caucus with Assembly members from Westchester and Putnam counties to find a consensus on how to address the common needs of suburban New Yorkers. That’s a more sensible, effective approach.