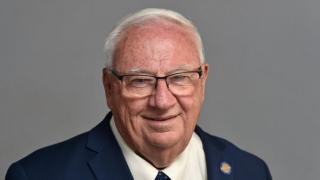 State Sen. John E. Brooks will stand alone on the ballot this fall, after the Republican Party’s two possible candidates were disqualified because of successful legal challenges.

But Brooks, now completing his second term in office in the 8th Senate District, commendably stands out for other reasons. Just before the pandemic took hold, Brooks had introduced a bill to cap the amount of a school district’s spending that comes from residential property taxes at 50%, in an innovative attempt to provide tax relief particularly for communities with a small commercial property tax base.

The Seaford Democrat says his plans were gaining traction, and he hopes to resume discussions, and find ways for businesses to contribute more to education funding.

Even with such big ideas, Brooks is willing to admit he doesn’t have all of the answers to the state’s budget difficulties, but he’s open to potential tax increases on "truly high-income earners." He calls the State Legislature’s process in passing criminal justice reform "horrendous," and isn’t pleased with where the reform stands now, noting that he worries particularly about individuals with mental health issues.

Brooks, 70, deeply understands his district, and has tried to tackle some of its most knotty challenges, such as securing a fiscal monitor for the Wyandanch school district. He says he has more to do, suggesting, for instance, establishing a veterans’ program at Nassau University Medical Center to be funded by veterans’ agencies.

Long Island needs Brooks’ imagination and thoughtfulness in Albany. In his next term, Brooks should continue to push his bold vision for changing the school funding system that is bleeding taxpayers and take a leadership role in the local delegation on financial issues, veterans’ affairs, and other issues he knows well.