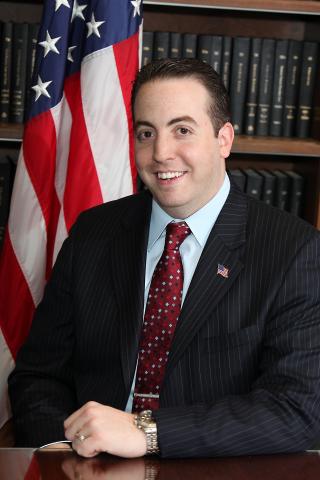 Joe Dujmic, a local attorney and former Deputy Chief of Staff to the Suffolk County Executive, announced his candidacy for the New York State Assembly.

Dujmic, 32, is running for the State Assembly in response to the continuing increase in the cost of living on Long Island and the need for bold reforms in the State Capitol. “The Long Island Taxpayers deserve a strong, independent voice in Albany who will question every single unfunded mandate. If you want to change Albany, you have to change the people who work there.”

Mr. Dujmic, who resides in Huntington Station touts the fact that he is a husband, father, homeowner and life-long resident of Suffolk County and believes that his previous government experience in addition to his success in running a small business make him the perfect choice to represent Long Islanders. “I’m running to give my neighbors the much needed tax relief they deserve. Long Islanders are some of the hardest working people in the country and I refuse to allow their hard-earned money to be sent to New York City via Albany.”

The importance of economic development, along with the need to take a realistic approach toward spending will be at the forefront of Dujmic’s campaign. “We must do all that we can to put Long Islanders back to work. The more Long Islanders we put back to work, the more individuals we have buying goods and helping to support the local economy.”

Dujmic looks forward to a spirited campaign discussing the numerous issues facing the 10th Assembly District, as well as all Long Islanders. “We are at a crossroads on Long Island. It used to be that only our young and seniors were unable to afford living here…and that was bad enough, but with foreclosure rates at an all-time high, we cannot afford to wait any longer to address all of the problems that Long Island faces.”