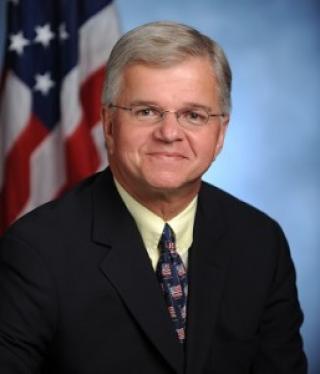 It is a county that itself has known hate. The KKK was active in Suffolk in the 1920s, Nazis had a New York area center in Yaphank in the 1930s and racial discrimination has persisted.
A Suffolk sidelight in the Charlottesville situation: Christopher Cantwell, raised in Suffolk, was a leader of the “Unite the Right” rally that drew members of the KKK, white nationalists and neo-Nazis. Originally from Stony Brook, he was prominent in a widely aired Vice News documentary on the march saying “I carry a pistol,” “I’m trying to make myself more capable of violence,” “We’ll f… kill these people if we have to,” and advocating white supremacy. Described as an “unapologetic fascist” by Hatewatch, a project of the Southern Poverty Law Center, he’s in jail in Charlottesville on charges of assaulting a man protesting the march, and outstanding felony warrants from New Hampshire.

A “Joint Statement on the Charlottesville Violence” was issued by leading human rights organizations in Suffolk: the Center for Social Justice & Human Understanding, the Suffolk County Human Rights Commission and the Suffolk County Anti-Bias Task Force.
The groups said “we stand together with people of good will to denounce the racist and hate-filled actions and words witnessed in Charlottesville, Virginia. We urge our Suffolk County community and our nation to stand strong against the modern day rising of white nationalist organizations and say: No to Hate!!!”

They continued: “If you have ever wondered what you would have done in history during times of increased racism, hatred, and ultimately persecution, all the residents of our county now have an opportunity to do something. When radical ‘nationalists’ rallied behind Adolph Hitler and supported the systematic extermination of over six million Jews and others deemed undeserving to exist, much of the world stood silent. From the Holocaust, harsh lessons were learned about the impact of bystander. We continue to learn the lesson of silence every day as we witness genocides throughout the world.”

“It is time,” said the organizations, “to speak out and stand tall.” They asked people to join in with them demanding “Never Again! Not here and not anywhere!”

State Assemblyman Fred W. Thiele, Jr., whose district includes East Moriches and Center Moriches and parts of Shirley, announced his backing of a call by Governor Andrew Cuomo to include inciting to riot and rioting in New York State’s hate crimes law. Mr. Thiele said: “The tragedy in Charlottesville demonstrates that we have entered a dangerous time in American history when the activities of hate groups like the neo-Nazis, the KKK, white nationalists and the alt-right are on the rise.”

He continued that “even” in Suffolk there has been “KKK activity recently. These groups are only further encouraged by national leaders who fail to clearly condemn these activities in unequivocal terms…Hate must be condemned in the strongest possible terms and the law must reflect that commitment to justice and equality.”

As Mr. Thiele said, the activities of neo-Nazis, Klansmen, etc. must be condemned “in unequivocal terms.” Seventy-two years ago, the United States and Allied nations won a war against fascism. It must never return. Never Again!