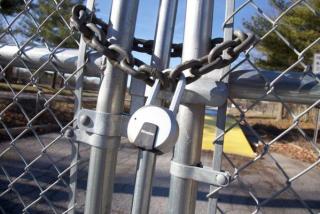 The Islip Town Board has awarded a contract to a Bay Shore firm to complete backfill work at Roberto Clemente Park, marking a “milestone” in efforts to reopen the Brentwood facility shuttered in 2014 due to illegal dumping.

Nine companies submitted bids that were opened on Dec. 22 for the work, ranging from Watral Brothers Inc., at $523,244, to Giaquinto Masonry Inc., at nearly $1.2 million, according to documents provided by the town.

At the Islip Town Board meeting on Tuesday, town council members unanimously voted to approve a resolution awarding the contract to Bay Shore-based Watral Brothers. The company will provide about 20,000 to 30,000 tons of “clean, certified fill,” which will be required to have state Department of Environmental Conservation approval, to bring the soccer fields back up to original grade, Tom Owens, commissioner of the town parks department, has said.

The approval of the contract is a “milestone” and “can be viewed as a tipping point for the overall remediation of the park,” Owens said at the meeting.

In summer 2015, Islip Town had more than 40,000 tons of contaminated construction and demolition debris removed from the park’s soccer fields and from a southern area of the park. The park has been closed since April 2014 when a dumping investigation was opened by Suffolk County District Attorney Thomas Spota.

Of six men who were indicted in December 2014 in a Suffolk dumping scheme at four locations, four pleaded guilty to illegal dumping for their roles at Roberto Clemente Park. Thomas Datre Jr., Christopher Grabe, former Islip Town Parks Commissioner Joseph J. Montuori Jr. and Brett A. Robinson have all agreed as part of their pleas to help in the rehabilitation of the park.

Datre Jr. and Grabe, who are due back in court Feb. 7 for an update on the cleanups of sites in Central Islip and Deer Park, have yet to be sentenced for their roles in dumping at the park and the other sites. Montuori Jr. and Robinson have received conditional discharges.

A fifth defendant, Ronald Cianciulli of Atlas Asphalt, was found guilty for helping Datre Jr. dump at a state-protected wetlands area in Deer Park. He has offered to help in that cleanup, which has been delayed until spring, and has not yet been sentenced. Charges against Datre Jr.’s father, Thomas Datre Sr., were dropped when his son pleaded guilty.

A start date for the work in Clemente to begin has not yet been set, but a deadline for it to be completed is 90 days, weather permitting, Owens said. Some sections of the park could be reopened by springtime, Owens said, including the soccer and baseball fields.

Another request for proposal will be needed to hire a consultant to help design and implement park amenities such as a playground, drainage hookups and parking lot upgrades, Owens has said. Officials also hope to have a new spray park and rehabilitated pool opened by summer 2018.