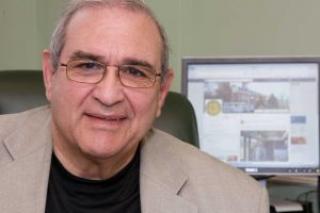 Huntington Town Supervisor Frank Petrone will not seek a seventh term in November, he said Thursday.

Petrone, 72, a Democrat who lives in Melville, said in an interview with Newsday that it’s time to move on after taking the town from near bankruptcy when he took over as supervisor in 1994 to its current AAA credit rating from major financial ratings agencies.

“It’s time for me to step aside, time for someone else to come in and take the town to the next level,” he said. “Although I’m a little sad because I really love this job and the people I work with, but there comes a time where you have to look at your personal life situation, you have to weigh that.”

But he’s not totally stepping away from public office and hinted at perhaps running for another elected position.

“I’m going to be looking for new opportunities and challenges professionally and personally — anywhere even through to elective office, depending where it would be and what it would be,” he said.

Elected in 1993 on the Republican-Conservative slate, Petrone had previously been chief of staff for the Suffolk County Legislature and the former Huntington Town environmental director.

In 2002, after cultivating a bipartisan image in the town, he changed his party affiliation from Republican to Democrat.

He was re-elected to his sixth term in 2013 in a close race with town board member Gene Cook, an Independence Party member.

“I’ve given it a lot, a lot of thought,” Petrone said. “I contemplated last time not running and at this point I’m really comfortable with where the town is at.”