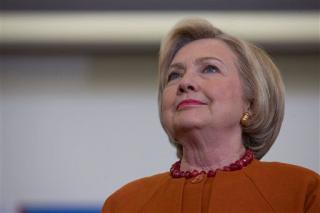 Clinton’s Suffolk appearance at Villa Lombardi’s in Holbrook will be part of a Long Island blitz, in which she will also have an earlier fundraiser for her own campaign, hosted by Nassau Democratic Chairman Jay Jacobs at his Glen Cove day camp.

“She has always considered Long Island important and her appearances here show how critical Nassau and Suffolk are to her campaign,” said Richard Schaffer, Suffolk Democratic chairman, adding “it will energize her supporters for the Democratic primary.”