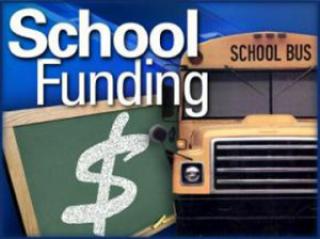 Assemblyman Edward Hennessey (D-Medford) has introduced legislation that would eliminate the Gap Elimination Adjustment (GEA) rate for 2014-15 and thereafter and provide school districts with the full amount of aid generated by all existing budget funding formulas (A.8720).
“I want to thank Assemblyman Englebright, who is prime co-sponsor of this bill, for joining me in this effort. The school districts here in Brookhaven are diverse in their needs,” Assemblyman Hennessey said. “This year alone, the districts I represent are losing out on $51.7 million in school aid because of the Gap Elimination Adjustment. This is entirely unacceptable. In addition to giving the schools their fair share, this legislation would also help undo the burden of high property taxes.

“At the height of the economic collapse in 2009, our state faced a devastating $10 billion dollar deficit and the Gap Elimination Adjustment (GEA) helped to repair our budgetary stability,” said co-sponsor Assemblyman Englebright. “Over the last three years, the GEA has reduced state aid to Long Island school districts by almost $1 billion. Schools have done their part to return our state to economic health. By eliminating the GEA, this important measure will now help our schools regain budgetary stability.”
The GEA was introduced in New York State in 2009-10 under the name of the Deficit Reduction Assessment to partially reduce the state’s $10 billion budget deficit. Over the past three years however the GEA has been used to reduce state aid to school districts. In doing so, the GEA has unfairly burdened school districts and taxpayers throughout the state, increasing the dependence on local property taxes and taxpayers to fund our schools, Hennessey concluded.