By:
The Editorial Board
Publication:
Newday 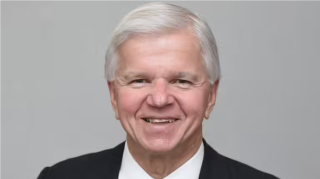 Fred W. Thiele Jr. has been a fount of legislation since joining the Assembly in 1995, focusing on issues that affect both his East End district and the region in general.

Thiele, 69, of Sag Harbor, was the architect of a bill to fund badly-needed affordable housing programs in the five East End towns. Modeled on his wildly successful Community Preservation Fund, which uses a 2% tax on real estate transfers to preserve land and protect water quality, the new program would levy an additional half-percent real estate transfer tax. Residents in East Hampton, Southampton, and Southold will vote in November on whether to establish such programs in their towns. They should.
Thiele, a Democrat, also is working to expand his successful South Fork Commuter Connection, which has reduced traffic congestion via a network of trains and buses. His bill to finally grant recognition to the Montaukett Indian Nation awaits Gov. Kathy Hochul's signature.

Of great importance to all Long Islanders is Thiele's recent legislation to establish a committee to study the feasibility of making the Long Island Power Authority a fully public utility. Thiele, a longtime LIPA watchdog and critic, has been a proponent of municipalization to address issues of performance, oversight, and accountability. But he told the editorial board in his endorsement meeting that the committee will pick the best option for ratepayers, a subtle and welcome shift; addressing LIPA's issues requires marrying Thiele's passion for reforming the utility with an open-mindedness to all solutions.

Republican Peter Ganley, 26, of Cutchogue, is a former staffer for Rep. Lee Zeldin. He says he would be an advocate for the service industry, touting his own experience working in it. He lists traffic and crime as his top two issues, and he also wants to lower taxes, protect the environment, and tighten ethics rules to ban contributions from companies doing business with the state. He agrees with Thiele on the need for more affordable housing and reforming LIPA but does not offer a compelling case to turn out one of Long Island's best and most prolific lawmakers.