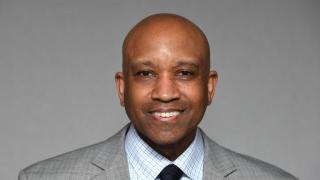 In the Suffolk County sheriff's race four years ago, the editorial board supported the Republican Party nominee, Lawrence Zacarese, who then lost a close election to Errol Toulon, a Democrat cross-endorsed by the Conservatives.

Our choice in 2017 was based not only on Zacarese's promise of independence in the post but also on our strong objections to the backroom party machinations that secured Toulon the nomination.

This year brings a very different scenario. While Sheriff Toulon seeks reelection, on the D and C lines, Republicans have filled the ballot line with a nominee, William Amato, who isn't campaigning.

Fortunately, there is no evident need to replace Toulon, 59, of Lake Grove. He has been applying his skills as a seasoned corrections professional to handle shifting challenges at the county's Riverhead and Yaphank jail facilities, the most prominent part of the sheriff's job.

The twists and turns of Toulon's first term included the COVID-19 pandemic, the impact of Albany's bail-law changes and — despite a lower inmate census — what Toulon sees as "a lot more insolence, a lot more disrespect, a lot more refusing, and inmate-on-inmate fights." On Thursday, he said the inmate population totaled 768. When he started, the total was about 1,300; between the reduction in cash bail that resulted in fewer detainees, and the pandemic, numbers had dwindled to 425 in the summer of 2020.

That gave Toulon valuable experience in responding to circumstance. Toulon credibly notes the special initiatives he oversees. A human-trafficking unit looks to address a crisis that affects a number of female inmates. After an older male inmate was randomly attacked by a 19-year-old, Toulon created a senior pod for those 55 and over.

Mental health is an issue in jails everywhere. Toulon says he would like a few more job lines for psychologists on staff to allow all inmates to be evaluated upon entry, not just those with referrals by medical professionals. The sheriff should aggressively push for that funding.

Gangs persist as a special difficulty. Whether its threat is declining, MS-13 had the largest number of gang members in Suffolk jails with Bloods running second, Toulon says. He visited El Salvador and Los Angeles to get a wider sense of what his system faces.

After a career supervising Rikers Island units and a stint as Assistant Deputy County Executive for Public Safety in the Steve Bellone administration, Toulon represents himself best when he talks of coordination with other relevant agencies and his office's wider role in the community.