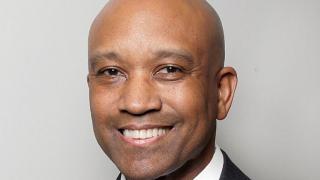 Toulon and Zacarese vied to replace Sheriff Vincent DeMarco in the Nov. 7 election that was too close to call on election night and required counting of more than 14,000 absentee ballots. Toulon expanded his unofficial election night lead of 1,352 votes over Zacarese to 2,043 votes by Monday, out of more than 300,000 votes cast. A handful of votes remain to be counted, election officials said.

“I am proud of the campaign we ran, the honest and tireless work of our volunteers and the light that was shown on the electoral process here in Suffolk County,” he wrote.

Toulon said Monday he looks forward to combating gang violence and the opioid epidemic in Suffolk, and introduce a “strong re-entry program” for those leaving county jails.

“Clearly voters heard my message of what I want to bring to the sheriff’s office and I guess it resonated,” he said in an interview.Winning the election is “still very surreal,” he said. “You look back on my life, a kid who grew up the South Bronx, who worked the jails on Riker’s Island, to attain such a high office in Suffolk County,” he said.

Toulon, a former aide to County Executive Steve Bellone and board member of the Suffolk Water Authority, was a late entry in the race after Sen. Phil Boyle (R-Bay Shore) lost the Republican primary to Zacarese.

Toulon ended up getting backing of the Conservative and Independence parties. He received 25,733 votes on those lines Election Day, according to the Suffolk Board of Elections.

Being the first black Islandwide elected official “has really not sunk in yet. But I hope that any individual, no matter what race, ethnicity or gender, if they pursue their dreams or their goals, they can achieve anything they want.”