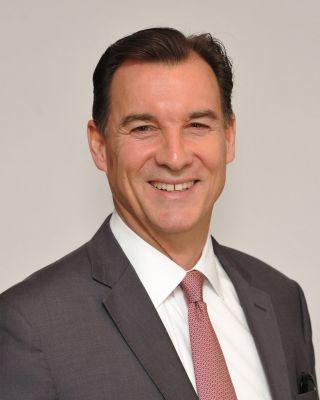 The battle for the 3rd Congressional District features two men who have enjoyed significant successes in politics and governance, and received consistent past endorsements from this board. Each can make a strong case that he would represent the region well in Washington. Of the two, Thomas Suozzi’s track record of focusing intently on complex problems and coming up with comprehensive solutions makes him the better choice.

Suozzi, a 54-year-old Democrat from Glen Cove, served as a successful mayor of that city before winning the Nassau County executive job in 2001. In Mineola, he was able to tame a government and budget spinning out of control after years of neglect and bloat. Suozzi also was ahead of his time and on target with his broader vision of the need to revitalize an aging suburb. When few other politicians had neither the insight or the courage to fight for such proposals, he supported more housing for younger residents in downtowns, a property-tax cap and controls on Medicaid spending.

More than a decade ago, Suozzi issued a rallying cry to “Fix Albany” and clean out the rot. Entrenched special interests fought back, and that job is being done now by federal prosecutors. But it was Suozzi who put ethics reform on the front burner.

Suozzi seems to have tempered impulses early in his career that made him too ready to dismiss those who disagreed with him and to let ambition distract him. His passion to do good, however, has not changed.

In Washington, where he would succeed the retiring Steve Israel, Suozzi says he would fight to restore a hollowed-out middle class and to pass gun laws such as universal background checks, which the vast majority of Americans want.

As early as 2009, he linked the emerging use of heroin and opioids to a lack of quality mental health services. He wants to focus on ways to tell young people about the dangers of addiction. Suozzi says 14 of our past 17 international trade deals have improved the U.S. trade balance, and that demonizing them isn’t the right approach to fixing some problems.

Republican State Sen. Jack Martins, 49, has ably represented his district in Albany since 2011. He was a strong mayor for Mineola, too. Martins has been a moderate voice in his party, taking tough stands, including his vote for the Secure Ammunition and Firearms Enforcement Act of 2013 in the wake of the Sandy Hook school shootings. He brokered the plan that got Nassau County revenue from video lottery terminals while putting the machines at Aqueduct Racetrack in Queens.

Martins, however, derailed his campaign for months with a petty battle to keep off the ballot a conservative primary opponent, Philip Pidot, whose candidacy and signatures were legitimate. Asked about the Wells Fargo banking scandal dominating the headlines the week Martins met with the editorial board, he said he was not familiar with the issue. And next to the list of priorities Suozzi would advocate in Washington, Martins has less of a game plan to make a difference.

Martins is a talented public servant who excels at finding and managing compromises, but Suozzi has the talent, vision, drive and experience needed to serve in the House of Representatives.

Newsday endorses Suozzi. — The editorial board