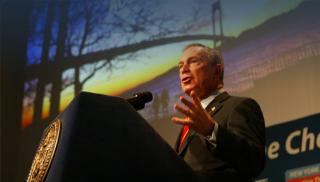 ICLEI-Local Governments for Sustainability USA, a non-profit with more than 1,800 members worldwide that are organizing sustainability and green initiatives, has published a list of eight U.S. mayors and elected officials leading environmental innovation and smart city initiatives in their communities. The list is part of the ICLEI’s Planet Earth magazine, which highlights member activities.

...Bellone drove the launch of the Long Island Green Homes program back in 2008, which was the first PACE program aimed at helping homeowners fund energy efficiency improvements...

My only gripe with the list is that the smallest city represented has more than 94,000 residents, but I’m sure that ICLEI will focus on smaller communities in subsequent issues. Here’s the list of officials and their initiatives featured, in order of largest to smallest city.