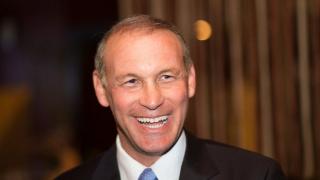 New York State Republicans who fear a blue wave in November found new reasons to worry in the results of Tuesday’s special elections.

Let’s start in the 10th Assembly District in Huntington, where former Suffolk County lawmaker Steve Stern, a Democrat, defeated Republican attorney Janet Smitelli by 18 percentage points. This is a district that has been in GOP hands for 40 years. It most recently was represented by Chad Lupinacci, who easily won his last two elections for the Assembly, and then led a GOP takeover of town hall in November by winning the supervisor’s race.

Some context: Stern had more name recognition than Smitelli after 12 years in the county legislature. And his work as an elder care attorney made him well-known among seniors who typically turn out at higher rates in special and off-year elections. But both parties vigorously contested this one.

Reading the tea leaves most closely has to be Republican incumbent Carl Marcellino, whose Senate district overlaps the 10th A.D. The intense enthusiasm among Democrats and dislike for President Donald Trump could spell peril for the veteran Republican. In 2016, he squeaked past Democrat James Gaughran by 1,761 votes of nearly 160,000 votes cast. The two will pair off again this year.

Just to the west of Marcellino is GOP Sen. Elaine Phillips, who also had a tough race in her inaugural run in 2016. Phillips defeated businessman Adam Haber by fewer than 3,200 votes out of almost 148,000 cast. Her opponent in this go-round will be North Hempstead Town Councilwoman Anna Kaplan, an Iranian-American with a compelling story of coming to the United States alone as a 13-year-old Iranian Jewish refugee. A blue wave could put the seat in play.

Finally, will Stern’s win help Sen. Tom Croci make up his mind about running for re-election? The two-term Republican senator from Sayville has been waffling; the prospect of definitely being in the minority party might not be appetizing.

Her victory, and that of Democrat Luis Sepulveda in the Bronx, gave the party 32 seats in the 63-seat Senate — but renegade Sen. Simcha Felder announced before the polls closed that he would continue to caucus with Republicans. One more Democratic pickup in November, never mind two or three, and he’ll be marginalized for the foreseeable future.

Still, Gov. Andrew M. Cuomo, noting that Felder is a registered Democrat despite running on the Republican and other ballot lines, released an open letter Wednesday morning imploring the Brooklyn pol to come back to the fold. The governor’s missive, however, read more like a message to the rest of the party: See, I’m trying.

Two other state races might be worth noting — Republicans won the 102nd and 107th Assembly districts, which sandwich Albany, by less than 2 percentage points each, in districts where Democrats didn’t even field opponents in 2016. In 2014, the 102nd also was uncontested and the 107th went Republican by a 2-1 margin. The local results echo those nationally. Counting Tuesday’s special elections, Republicans have underperformed compared with previous elections in every congressional special election since Trump took office, according to a New York Times analysis.

But it’s still more than six months until Nov. 6. Anything can, and probably will, happen.