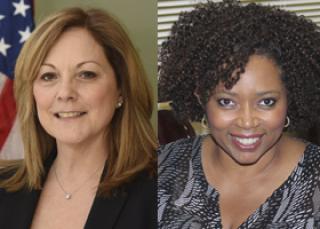 Republican Judith A. Pascale was leading in her bid for re-election as Suffolk County clerk over Democrat DuWayne Gregory.

In the 12th District, incumbent Republican Andrew Raia, who has been a member of the Assembly for six terms, defeated Democrat Avrum Rosen.