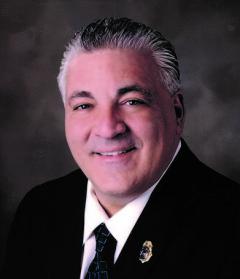 A Republican candidate for Town Board is acknowledging having had several tax liens totaling thousands of dollars against his business, while Democrats are circulating information about the liability and charging theft.

The state liens and tax warrants were brought against Andre Sorrentino and his brother Pat on their PAS Automotive Service in Huntington Station. The 19 judgments entered against them and their company totaled $288,419. Sorrentino provided evidence Thursday night the state tax department had no unpaid tax bills against him.

Avrum Rosen, a former Democratic candidate and a lawyer, sent HuntingtonNow information and evidence about the tax liabilities on Wednesday. His documents said that the Sorrentino brothers had had “more than 19 judgments entered against themselves and their company for unpaid New York sales tax and amounts owed to the New York State Department of Labor. Since 2014 these judgments total $288,419. This is according to public records in the Suffolk County Clerk’s Office and the N.Y. State Department of State, State Tax Warrant Notice System.”

Rosen wrote, “Sales taxes are collected from customers by businesses and are supposed to kept separate from other funds and paid to New York State, usually on a quarterly basis or more frequently based upon the volume of sales. Since these are funds that are held in “trust” by the business, not paying them to the state is the equivalent of stealing the money. NYS can impose personal liability on the owners of the company if the funds are not timely paid.

“Two judgments were assessed against Pasquale Sorrentino. The first was in April of 2016 for $169,210.29. That amount was not paid until February of 2017. In June of this year, judgments for $100,632.96 and $5,447.15 were entered against Pasquale and a judgment of $100,122.55 was entered against Andre Sorrentino. Failure to pay these amounts can lead to the business being seized by the state.These judgments were not paid until August 28, 2019. Total personal liability of $275,296.40, plus interest, was assessed against the two brothers and was eventually paid.”

Early voting in New York State opens Saturday. Sorrentino is seeking to fill one of two openings on the Town Board; there are four other candidates, including incumbents Joan Cergol and Gene Cook, and challenger Patrick Deegan.