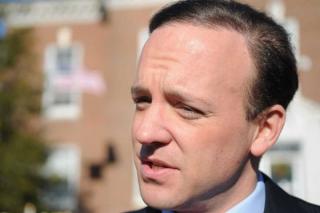 Islip Town's 730-person workforce would shrink by 40 percent, or 240 workers, under a 2013 budget that includes a zero percent tax increase, a cut town Comptroller Joseph Ludwig said would be "devastating."

Ludwig's comments Thursday came during a special meeting of the town board, during which several key department heads -- including those from public works, public safety enforcement, and parks, recreation and cultural affairs -- presented proposed 2013 budgets 10 percent to 50 percent lower than 2012.

The presentations were at the behest of Supervisor Tom Croci, who is dealing with a projected $26 million deficit.

The pared-down budgets would have broad environmental, health-and-safety, and quality-of-life impacts, the department heads said, including the shuttering of all town recreation centers, beaches and pools, the curtailing of operations at the town animal shelter and shellfish hatchery, and longer waits for a building permit.

With a budget proposal due Sept. 30, Croci says there are only two options available to close the deficit -- a tax hike that could exceed the state's 2 percent cap, or a broad reduction in services.

"It's unconscionable that the town board and the residents should be in the position to choose between the kind of services and amenities we've always enjoyed or an increase to their monthly fees," said Croci after the nearly three-hour budget meeting.

Croci, a Republican who campaigned last year on a promise to lower taxes, began the meeting by questioning Ludwig about the budget practices of former Supervisor Phil Nolan.

Ludwig said Nolan, a Democrat, consistently spent about $17 million annually from the town's reserves, and ignored his advice during last year's campaign to raise taxes or face a substantial tax hike in 2013.

"We can only surmise why that was the case," said Croci, in the first of several apparent swipes at Nolan.

Asked to respond, Nolan said via text message that by raising taxes Croci is "breaking his promises and breaking faith with the people who elected him." Nolan has disputed Croci's budget claims, saying his administration saved the town $60 million through staff reductions and overtime cuts.

Nolan added Thursday, "Croci should stop pointing fingers and start making decisions that go with the job. Before he raises taxes, Croci should eliminate the dozens of jobs he filled with political friends, beginning with his party leader, Frank Tantone."

Croci appointed Islip Republican chairman Tantone to a $55,000 annual post as legal counsel to the planning board.

Town attorney Robert Cicale told the board he already has decreased by 50 percent the amount of cases handled by outside counsel, and further cuts would "greatly hamper our ability to do our job."

Croci said a final budget plan is still "in formulation," though he already has "cut to the bone."

Since Republicans took control on Jan. 1, the town board voted to dissolve its human services department and announced a plan to pull funding from the Islip Arts Council for a combined projected savings of $1.5 million in 2013.

Croci recently asked town residents via social media for input on the budget woes. About 600 responded, with many lobbying against cutting services or closing recreation facilities.