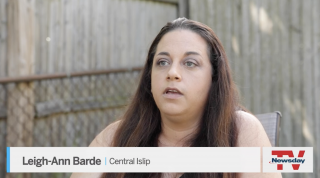 WASHINGTON — President Joe Biden is expected to roll out a student loan relief plan in the coming weeks as he faces increasing pressure from congressional Democrats — including Sen. Chuck Schumer — to act before a moratorium on federal student loan payments expires for millions of borrowers in August.

Biden has said he hopes to unveil a plan “in the next couple of weeks,” but has repeatedly emphasized he is “not considering” the up to $50,000 in loan forgiveness pushed by Schumer (D-N.Y.). Instead, White House officials have signaled that any plan that emerges will likely be closer to the $10,000 in relief Biden pledged as a presidential candidate.

Before stepping down, former White House Press Secretary Jen Psaki said officials were looking to finalize a plan before a pause on student loan payments expires on Aug. 31. Meanwhile, borrowers who have had a two-year reprieve from paying their federal student loans because of the pandemic, are anxiously waiting on news.

Leigh-Ann Barde, a married mother of four sons from Central Islip, said she owes $48,000 in student loan debt that she has not had to pay since Congress enacted a pause on payments in March 2020 at the onset of the pandemic. Barde said the absence of monthly payments has allowed her family to use the money for the expenses that come with a household of children ages 5 to 13.

“That degree, I regret every day of my life,” Barde said in an interview. Barde, the incoming chairwoman of the Islip Town Democratic Committee, is a stay-at-home mom, saying the high cost of child care has been a factor in her decision not to reenter the workforce. Any future student loan payments would be paid from her husband’s income.
Progressive Democrats have pointed to stories such as Barde’s to make the case that student loan forgiveness will allow middle-income Americans to redirect the money that would have gone to a loan to invest in a home or other long-term investments that will ultimately build their wealth. But Republicans, and some centrist Democrats, have argued the relief is not necessary because most college-educated borrowers tend to earn higher wages and salaries than those without a degree.

As the Biden administration moves closer to releasing a plan they are weighing various considerations.

Options being weighed
Biden told reporters earlier this month he has “not yet” decided on a final figure for a debt forgiveness plan, but as a presidential candidate he said he was open to providing up to $10,000 in relief.

White House officials are weighing a plan that would offer $10,000 of relief to borrowers earning under $125,000 to $150,000 in income, according to the Washington Post. They are also considering extending the relief only to undergraduate debt and not postgraduate debt such as law school or medical school loans, according to the report.

Psaki, when asked about the Post report, confirmed on May 2 that Biden is looking at establishing an income criteria so that the debt relief is “targeted to those graduates who have the greatest need.”

Schumer, the Senate majority leader, and other progressive Democrats continue to press Biden to act unilaterally to forgive up to $50,000 of federal college loan debt, but Biden has balked, telling New York Times opinion columnist David Brooks in an interview last year: “The idea that you go to Penn and you’re paying a total of 70,000 bucks a year and the public should pay for that? I don’t agree.”

Schumer, speaking to activists at a virtual “State of Student Debt Summit” on April 13, said he has repeatedly told Biden “that this is more important than just about anything else that he can do on his own.”

The senator, who throughout the pandemic frequently wore a face mask with the phrase #cancelstudentdebt printed on it, has argued that Biden has the authority to act unilaterally on the issue without a congressional vote. Biden has previously pushed back, arguing that Congress should pass a debt relief package for him to sign. But with a narrow majority in the House and Senate, it appears Democrats do not have enough votes for a measure to pass.

“I have told the president this is one of the most important things he can do to help our economy,” Schumer said at the virtual summit. “We all want the economy to grow. We all want people to have good lives, where you can provide for yourself and your family.”

Nearly 45 million Americans have college loan debt, according to federal data. An analysis by the nonpartisan Committee for a Responsible Federal Budget determined if Biden moves ahead with a $10,000 forgiveness plan, it would apply to about one-third of debt holders and cost the federal government $245 billion in forgone loan and interest payments.

Education Secretary Miguel Cardona, in an interview with MSNBC on May 16 said part of the internal discussions surrounding debt relief also include how to reform the payment system once the pause is lifted.

“What we're trying to do is implement a system that works for those who are borrowers, making sure that they are not asked to pay more than they can afford, so that they can go on and buy homes and continue with their lives,” Cardona said.

Chris Casuccio, 38, works as a server in Manhattan and lives part-time with his parents in Manorville. His bachelor’s degree from Stony Brook and master’s in philosophy from the European Graduate School left him with more than $60,000 in student debt.

He said he never made a lot of money in his prior jobs working for nonprofits, and now as a server, “I can barely survive, I can barely pay my bills. I’m living off my credit card, I can’t afford to get my car fixed.”

“I’ve met people who grew up in poor communities, schemed into for-profit schools that shut down,” Casuccio told Newsday. “People who have $20,000 in debt from community college and can’t find jobs that pay enough to pay it back, even lawyers and doctors who have hundreds of thousands in student debt who have to make job decisions based on that and are so stressed out because they don’t know if they’ll be able to pay it back.”

Tom Norrie, 28, a Huntington resident who owes more than $10,000 in student loans from his time attending Rutgers University in New Jersey, said he hasn’t completed his degree because he left school “trying to help my dad save the family business.”

“I just feel I can’t really afford any long-term ambitions at the moment,” Norrie said. “The debt is certainly a big contributor. At this point it’s a resigned feeling of whether I’ll ever be able to accumulate wealth. The idea of buying a house at this point is a fantastical notion. That’s just the whole political and financial environment.”

Norrie said he hopes to return to school to finish a degree in computer science and “definitely” wants to pay back his loans “provided I have the means to do so.”

Supporters of student loan forgiveness also argue that the move will in part address racial income disparities with studies indicating that minority borrowers tend to owe more in college debt after graduating than white graduates. Data from the National Center for Education Statistics posted in March shows “Black college graduates owe an average of $25,000 more in student loan debt than white college graduates.”

What opponents say
Republicans have largely opposed the plan, describing it as a “bribe” that Democrats are using to woo voters ahead of the upcoming midterm elections.

A group of Senate Republicans, including Sen. John Thune (R-S.D.), the third-ranking Republican in the chamber, have introduced legislation that would require borrowers to immediately begin requiring repayment, but that bill is unlikely to succeed in the evenly split Senate where the GOP needs 10 crossover Democratic votes for legislation to pass.

“Canceling student debt would also be grossly unfair to the Americans who worked hard for years to pay off their loans,” Thune wrote in an April 27 letter to Biden. “An American who had just finished paying off his or her higher education debt would get nothing from such a cancellation, while a recent graduate who had made just a month or two of payments could see his or her debt disappear entirely. And canceling student debt would do nothing to address the real problem, which is the out-of-control cost of higher education.”