Bellone: 'Save Our Water' 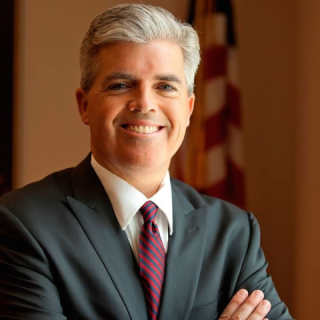 Curbing decades of nitrogen pollution on the ground and surface waters in Suffolk is a top priority, County Executive Steve Belllone says.

Nitrogen pollution is public enemy number one for our bays, waterways, drinking supply and the critical wetlands and marshes that protect us from natural disasters like Super Storm Sandy.

The scope of the problem is grand: over 350,000 homes in Suffolk County are not sewered and are contributing nearly 70% of the pollution. The primary source - but not the only source - of nitrogen pollution is failing septics and cesspools. Suffolk County is probably the only place in the world which has such a large density in this tight a space where the waste is going into a sole source aquifer immediately beneath us that we're drinking. This is of huge concern.

Nitrogen pollution has been systematically undermining our coastal wetlands. After the barrier beaches, our critical second line of defense against storms like Sandy are our wetlands and they have been devastated by nitrogen pollution in our water. I want to thank Governor Cuomo whose NYS 2100 Commission Report found that "tidal wetlands can protect coastal communities from storm damage by reducing wave energy and amplitude, slowing water velocity and stabilizing the shoreline through sediment deposition.”

This is not a problem that can be solved by one level of government or through one funding source. If we are going to solve this problem we must do it together. This is why we have launched a full-fledged public education campaign to put a spotlight on this issue for every Suffolk County resident. The only way to truly solve this problem is for all of us to engage ourselves in this issue, educate ourselves, and stay diligent and focused on moving forward towards a solution.

On Monday, January 27th I held a tele-conference town hall where over 9,700 Suffolk County residents logged on to hear about the state of our water quality. This town hall was the beginning, the launch of a public education campaign, the first of many steps in what is sure to be a long journey to resolution. As Adrienne Esposito, executive director of the Citizens Campaign for the Environment said, "Today will be known as the turning point."

I pledge to work with the scientific, environmental and business community, as well as my colleagues on all levels of government to identify and fund solutions.

I urge you to join me and the collaborative team we have brought together to save our water and in return save the future of this great county. By staying informed on this issue, spreading the message, and joining the cause, together we can save and protect this precious resource.