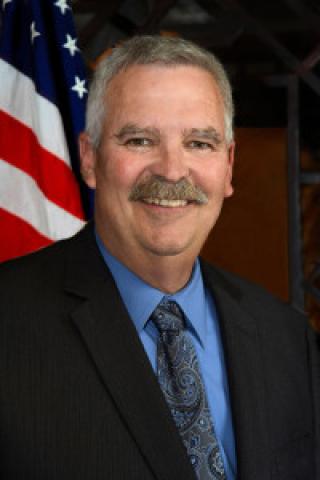 Keith Barrett believes he can improve Huntington Town by running it more like a business.

“I bring commonsense solutions to everyday problems,” Barrett said in a phone interview. “It’s what I’ve done as deputy director of general services for Huntington Town.”

Barrett is a Democrat running for one of two seats up for grabs on the town board this November. He’s running alongside Councilwoman Susan Berland (D), and both are backed by the Huntington Town Democratic Committee.

“I’ve seen the inner workings of town government, and it’s prepared me for the role of town councilman,” Barrett said.

Appointed deputy director of general services about a year ago, Barrett has learned how to maximize the work of the department to make it work better for the residents of Huntington Town.

Previously, state inspections for Huntington Town-owned cars were not done inhouse, which he said was costing much more than having Barrett’s department perform them.

“I had the business sense to see that if the inspections were done inhouse, it would save the taxpayers a significant amount of money. It saves approximately $450,000 annually.”

Barrett also made sure all his employees were certified and earned their inspector licenses, so that he was not the only employee who could perform state inspections.

As president of the Huntington Station BID since its inception in 2004, Barrett has been able to continue to bring improvements to Huntington Station. Improvements include decorating the community with flower baskets, putting more garbage cans out on the streets and installing 43 security cameras that the Suffolk County Police Department has access to.

Brad Rosen, a member of the Huntington Station BID, said the reason he and Barrett get along so well is because they both come through on everything they commit to.

“All town government is a business, and one thing I know of Keith is that he’s a businessman,” Rosen said in a phone interview. “America is a business now and it needs to be run like one.”

He also praised Barrett’s ethics as being nothing but “perfect.”

The annual Huntington Station Awareness Parade, which Barrett co-chairs, is another project the BID is involved with.

Barrett’s involvement spans further than just Huntington Station. As a member of the Suffolk County Downtown Revitalization Grant Program, Barrett said he has worked to get grants for Northport and East Northport to help better those areas as well.

Currently in the works, and a project that Barrett helped pushed through, is a grant for Northport to develop kiosks and an information center. This would help spread information about events going on in Northport to the many visitors the village gets during its busy summer season.

Grants to improve the intersection marking entrance to Northport Village and to revamp crosswalks in East Northport are other projects Barrett has fought for while a member of the grant program.

In terms of issues facing Huntington Town, Barrett said public safety is among the biggest. “It needs to be addressed.”

A committee for Huntington Station public safety is one idea Barrett is interested in pursuing if elected. He wants to hear insight from community members.

“I believe police presence makes a big difference,” he said. “I’d love to see more patrols,” Barrett said, when asked whether he agrees with recent outcries from residents for an increased police force after several incidents of violence this summer.

When asked his position on over-development, Barrett said, “as long as it’s regulated, I don’t see it as a terrible problem. To an extent, we need to do it. As long as it doesn’t end up looking like Queens.”

Overall, Barrett said he’s got a unique perspective to bring to the board.

“We have lawyers on the board. I am a businessperson. I’m going to take a business aspect. I want to best utilize our labor for the best use for the community,”

Recently, Barrett used his labor force to better the community by redoing a basketball court in Otsego Park in Dix Hills. He asked Highway Superintendent Peter Gunther to repave the court, which was full of cracks, instead of hiring an outside contractor, which would cost much more.

Barrett then had his team repair the backboards and, soon enough, a new and improved basketball court was ready for the kids. He said he hopes to continue this idea and repair two more basketball courts at Veterans Park in East Northport.

“I want to see more things like this being done in all departments,” Barrett said.