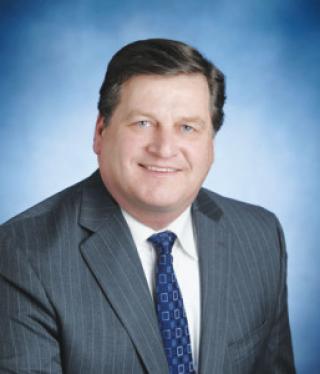 This year’s budget increases school aid to our local schools by $22 million. Included with this increase is funding to eliminate the Gap Elimination Adjustment (GEA) that has cost schools in Brookhaven $46.8 million in state aid.
“The final state budget takes a big step forward in restoring GEA but it still falls short of bringing us to where we need to be,” Assemblyman Hennessey said.

“That’s why I will continue to push for passage of my legislation to immediately eliminate the GEA (A.8720). My bill would finally give school districts the money they were promised and that would go a long ways toward undoing the burden of high property taxes.”
This year’s budget delays the most frustrating part of Common Core, giving educators two years to reexamine it without harming our kids’ education or placing an undue burden on them and their families about taking or opting out of high-stakes tests. The whole thing has grown too stressful for the entire community,” noted Hennessey.

Reducing Property Taxes
This year’s budget provides significant property tax relief for Suffolk homeowners by offering a two-year property tax credit in the form of a direct check, provided that a local government and school district stay within the 2 percent property tax cap. To benefit for a second year, schools and localities would have to propose a detailed cost-cutting plan. This measure will not only help families save money but will also incentivize efficiency, saving taxpayers over $1.5 billion over the next 3 years.
“Property taxes continue to strangle Suffolk’s hardworking families and businesses,” Assemblyman Hennessey said. “This tax credit, along with increases in state aid to education, will begin to reign in burdensome property taxes.”

Repairing Our Roadways
Last year’s budget increased CHIPS funding for our roadways and this budget maintains that increase, while adding $40 million in funding for municipalities through the NYS DOT for damage caused to our roadways from the severe winter.

Making NY More Affordable
This year’s budget accelerates the phase-out of the 18-a utility surcharge imposed on energy bills, lowering the surcharge rates by $200 million annually for both residential and commercial customers and $600 million over the next three years.
“We’ve already had our energy bills increase a few times this year,” Assemblyman Hennessey said. “By speeding up the phase-out of this burdensome surcharge, we will help elevate a major strain on families.”

Making Ny More Business Friendly
In an effort to attract more businesses to Suffolk and create more local jobs, the budget provides tax incentives to manufacturing businesses looking to set up shop here in New York. One such incentive eliminates the income tax on manufacturers, saving businesses $193 million dollars starting in 2014-15, creating jobs and revitalizing the economy. Under the Governor’s original proposal this incentive was only for Upstate but my fellow colleagues and I fought to make sure Long island was included.
The budget further relieves manufacturers by offering a tax credit equal to 20 percent of their property tax cost. Businesses that were worried about locating or expanding in New York will no longer face the same burdensome property taxes that discouraged those before them. This will save manufacturing businesses another $100 million each year starting in 2015-16.
“We have now passed two consecutive on time budgets that have cut taxes, kept spending growth under 2% while still increasing investments in our children’s education,” Hennessey said.
We have provided a low resolution file (MP4) for previewing or non-broadcast use and a high resolution file (MPEG 2) to download for broadcast. Each link will direct you to a web page with instructions for previewing or downloading the files. Please note you probably won’t be able to play the broadcast file within your web browser.