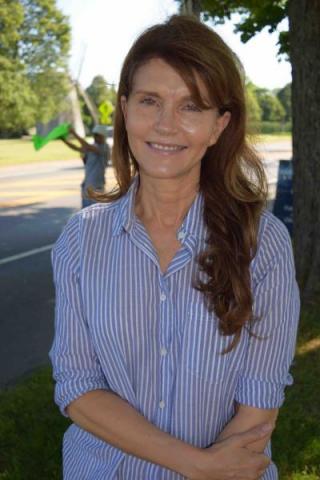 With some 1,800 absentee ballots counted as of Friday afternoon, Ms. Throne-Holst led Mr. Calone by 319 votes. The result is to be certified on Monday or Tuesday, according to an official of the Suffolk County Board of Elections.

Ms. Throne-Holst's campaign issued a statement shortly before 4 p.m. on Friday, approximately 30 minutes after officials of the board of elections finished counting the absentee ballots. "I am deeply grateful to all who placed their trust and support in me, and I am truly humbled by the privilege it has been to get to know, share the concerns, and my message with so many," she said. "I want to congratulate Dave Calone on a spirited race, and I share in the respect and support he garnered in the district, as demonstrated by the very close margin and the strength of his candidacy."

An official at the board of elections said that 1,811 absentee ballots were counted, but not all were legitimate; some were blank and others recorded with a frivolous name such as Mickey Mouse. Any challenges to an absentee ballot from one candidate's campaign were withdrawn, the official said.

Following the count of votes cast by machine in the June 28 primary election, just 29 votes separated the candidates. At that time, Ms. Throne-Holst had 5,446 votes to Mr. Calone's 5,417. Turnout in the primary election was approximately 9 percent of the district's 137,695 registered Democrats.

"I look forward to working together with Democrats across the district to take back this important seat," Ms. Throne-Holst said. "Lee Zeldin has shown in every way how out of step and wrong he is not only for Long Island, but for the country."

Later on Friday, Mr. Calone issued a statement: "We were outspent in this campaign by nearly $1 million and fell short by around 300 votes . . . that's a testament to the great Democratic volunteers supporting our campaign across the district."

He said he would support Ms. Throne-Holst as she looks ahead toward November. "We cannot continue being represented by Congressman Lee Zeldin, one of Donald Trump's loudest advocates in Washington," he said. "So I urge people across eastern Long Island to join me in supporting our Democratic nominee, Anna Throne-Holst, to replace him this November."