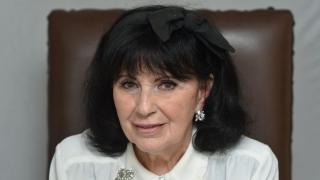 This unusually drawn district, one of the most gerrymandered on Long Island, has drawn two sharply contrasted candidates for the seat being vacated by Michael LiPetri.

Ann M. Brancato, 78, a Democrat from Massapequa, has work experience in health care, human services, social work, job development and professional recruitment. She understands the value of preparation, and has done her homework on the issues that would confront an Assembly member.

She has nuanced views on, for example, bail reform, acknowledging the need for changes but also now the need for tinkering. She has a plan for speeding up the timeline for treating the Grumman plume. Her idea for a corps of medical reservists who would come out of retirement to help during pandemics is intriguing, and she has several proposals for dealing with the state budget deficit, including higher taxes on cigarettes and alcohol and a "workable" millionaires tax.

Her opponent, Michael A. Durso, 40, a Massapequa Park Republican, is a carpenter who supports an expansion of vocational programs to address a shortage of skilled labor. But he does not exhibit a similar grasp of the issues, especially on fiscal matters. The reality is that Durso is likely to win this race in a district that, as Brancato says, "is so red it lights up on Valentine’s Day." But Durso would be wise — and his constituents would benefit — if he learned from Brancato that elected officials need to thoroughly research issues and take positions based on that knowledge.