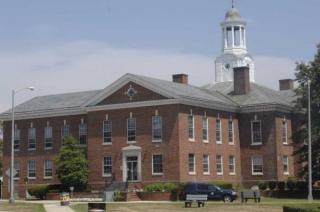 In an interview, Tantone, a former town planning board member who had not begun drawing a salary for the advisory job, said he would consult his attorney about possible malpractice liability issues before volunteering. Tantone denied he was declining the paid post due to political pressure and said the allegations of patronage were "a personal attack on me."

Islip Supervisor Tom Croci, a Republican, had faced increasing criticism over the move in recent weeks after Croci proposed a 65 percent property tax hike to close a $26 million budget deficit. Town officials argued Tantone's planning expertise would benefit the town as it considers Heartland and other large-scale development projects.

In a statement, Croci said that if Tantone can't volunteer, the work would be assigned to the town attorney's office.

"His offer to volunteer his expertise and help us through this difficult financial time without compensation is greatly appreciated as our board is desperately trying to conserve all of our financial resources for Islip taxpayers," said Croci, who said Tantone was "uniquely qualified."

In an email, Islip Democratic Committee chairman Gerry Pallotta applauded the move. "Considering the 65% increase in Town taxes that Islip residents are facing, Mr. Tantone is making the right and obvious choice."

Tantone declined the paid post despite a July 16 Islip Ethics Committee opinion requested by the town and obtained by Newsday in which ethics committee chairman Nicholas Vincent Campasano wrote that the appointment "would not violate" town code. Tantone would work under a "Professional Services Agreement" and would not be a town employee nor would he accrue health benefits or pension credits, the committee found.

Campasano said the committee planned to review the issue and make recommendations to the town board for "possible amendments to the code." Campasano did not respond to a message seeking comment.