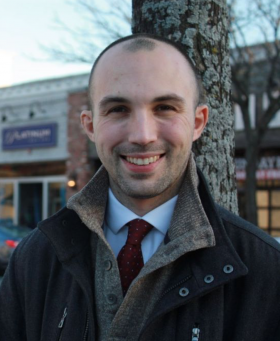 People like me don't get to become Brookhaven Town Supervisor.

I'm a 9-5 railroad commuter, Selden homeowner and married father of two who knows what it's like to struggle. Our current Supervisor has been in elected office for over 30 years. The Town Board, controlled by one party, is a hotbed of favor-trading and nepotism.

Our roads have never been worse, the landfill is an environmental and fiscal disaster, and the town's idea of economic development is fast-tracking millions in tax breaks to companies that don't create enough jobs.

Last year, when the Supervisor pushed to eliminate two-year terms, I co-founded the Brookhaven Action Network and helped lead a volunteer coalition that fought back.

Today, I'm asking you to join with me on a campaign to make our town responsive to the needs of the middle class and working poor. We can change the Brookhaven narrative and give working people a voice again.

My name is Will Ferraro, and I'm running for Town Supervisor.