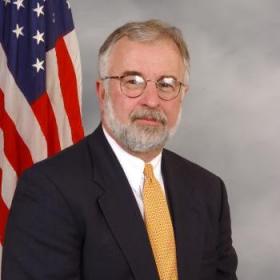 Born and raised in Southampton, New York, Congressman Tim Bishop is among the twelfth generation of Bishops to live in Southampton. He served Southampton College for 29 years, leaving the position of Provost in 2002 to make his first-ever run for office, when he was elected to represent New York's 1st Congressional District in one of the closest elections in the nation. He has been re-elected to the House of Representatives three times.

Now in his fourth term in the U.S. House of Representatives, Congressman Bishop's priorities are fighting for job creation, protecting middle-class families and seniors, controlling spending, strengthening education, keeping our promises to veterans, securing the homeland, safeguarding our environment, and making sure that eastern Long Island receives its fair share of support from the federal government.

As a member of the House Education and Labor Committee, Congressman Bishop is continuing his lifelong mission to expand opportunities for Long Island's working families and increase the affordability of education for all Americans. He also serves on the House Budget Committee, where he works to help restore fiscal discipline and set priorities.

While Congressman Bishop leads on national policy initiatives, he is also a proven champion for local interests. He has hosted more than one hundred Town Hall meetings throughout eastern Long Island and brought home more federal support for new roads, bridges and other local transportation priorities.

Congressman Bishop led the bipartisan coalition of elected officials and community advocates that saved the 106th Air Rescue Wing located at Gabreski Airport from being shut down by the Pentagon's base closure commission. He also successfully led the opposition to the Broadwater gas terminal that would have been placed in Long Island Sound as well as another plan that would have dumped more than 20 million cubic yards of contaminated dredge waste into the Long Island Sound.

Bishop's career at Southampton College began in 1973 as an admissions counselor, and he ascended rapidly through the college's administration. During his twenty-nine years at the college, he served in positions affecting almost every aspect of student life, ranging from institutional research and planning, financial aid and enrollment services, to student activities, personnel, community relations, and fundraising.

Born on June 1, 1950, Bishop attended Sacred Heart's School in Southampton and graduated from Southampton High School in 1968. He earned an BA in History from Holy Cross College in Worcester, Massachusetts, and a master’s degree in Public Administration (MPA) from Long Island University in 1981.

He and his wife Kathryn, founder and director of The Children's School Early Childhood program at Southampton College, have two daughters, Molly and Meghan.