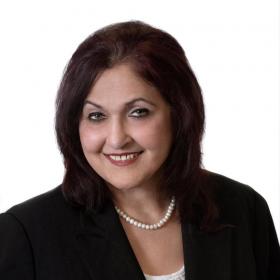 As I was growing up in Pakistan, education was the top priority for my family. My dad, Dr. A.C.S. Gilani, was Chancellor of Education with a doctorate degree in Persian language . My mom, Professor Akhtar Gilani, was an English professor. Three brothers are engineers and one brother and three sisters are all physicians. As for me, I am a retired English teacher with forty years of teaching experience.

I migrated to NYC in February 1979 with my thirteen-month-old son, Mohammad Salman Hamdani. As an immigrant, life is extremely tough. I worked in a warehouse. My husband, Saleem Hamdani, worked in a junkyard. My family worked very hard to achieve The American Dream. We bought a small business and worked 24/7. In 1989 we bought our own house in Bayside and moved in on Christmas Day.

Salman graduated from Queens College on June 6, 2001. The other two boys, Adnaan and Zeshan, were in college. Salman picked up a job at Howard Hughes Medical Institute in Manhattan, which was his first year of the MdPhd program at Cornell. Then, just a few weeks after Salman’s graduation, 9/11 happened. Salman went to work and did not return home.

There were speculations in the media trying to link my Salman to the terrorist attacks because of his Muslim faith. Instead of acknowledging his sacrifice, the media and the NYPD tried to dishonor him and discredit his sacrifice. I became his voice and successfully got him acknowledged as a hero. His sacrifice is acknowledged in the USA PATRIOT ACT. There is a scholarship established in his name at Queens College, and the street where we lived, 35th Avenue and 204th Street, is dedicated in his name as Salman Hamdani Way. While fighting to affirm my son’s innocence, I became a fearless advocate against Islamophobia, and in 2018 Suffolk County Executive Steve Bellone appointed me to the Suffolk County Muslim Advisory Board.

My work against Islamophobia has included standing up against Rep. Peter King's deeply biased hearings on Muslims in America and appearing as a regular commentator on CNN, MSNBC, Democracy Now, and other media outlets. I have received several honors for my work against Islamophobia: from Rep. Tom Suozzi, Queens Borough President Melinda Katz, former Public Advocate Letitia James, Women in Islam, and Rockwood Leadership Institute.

Today, I am passionately involved in social justice. I want to serve my local community in addressing their issues and trying to resolve them . Like Salman, we need to transcend the barriers of race, faith, and ethnicity and stand united for our democracy and our freedoms guaranteed under the US Constitution, with liberty and justice for all.

I believe in inclusivity and in celebrating the American diversity . After all, our motto is E PLURIBUS UNUM.