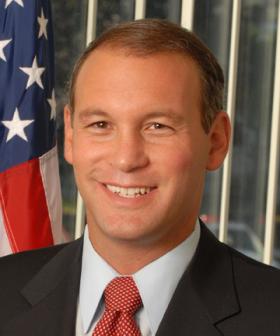 Steve Stern is proud to have been elected three times to serve as our Suffolk County Legislator. Steve represents a new generation of leadership to provide fiscal responsibility, protect our environment and preserve our quality of life.

As a homeowner and the parent of two young children, Steve understands that during these challenging times, it is important to support our hardworking families. Steve is proud that for six consecutive years, he has delivered on his promise to hold the line on taxes by supporting a budget with NO general fund property tax increase, while maintaining essential County services. Steve also knows how important it is to lead by example and has joined his staff and other County personnel to defer his own salary and refuse perks like a county car and cell phone to promote fiscal responsibility and to hold the line on taxes.

As Chairman of the Veterans and Seniors Committee, Steve has had the privilege of working with and for the brave men and women who sacrifice so much to protect our great nation and with their families. Steve has sponsored legislation to provide property tax relief and foreclosure protection for our Veterans, supported Veterans groups and sponsored the newly opened East End Veterans Clinic to provide additional care for the brave men and women who protect our freedoms. Steve sponsored the Veteran’s Long Term Care Act and co-sponsored legislation to protect nursing home patients and fight elder abuse. Legislator Stern chaired the Senior Citizens Task Force to help develop programs to meet the needs of our seniors with respect to transportation, housing and health care. Steve sponsored successful legislation to require that County sponsored affordable housing developments are built to Universal Design and Visitability standards, to enable residents to remain in their homes should they become disabled.

Steve is the proud author of the “Protect Our Fallen Heroes Act” which protects military funerals from reprehensible and disrespectful protests by members of a radical fringe group who have disrupted funerals with abusive signs and verbal assaults upon families grieving the loss of their loved ones. This outrageous cruelty has no place in Suffolk County and Steve is proud to stand with our military, veterans and their families to ensure respect, dignity and compassion for those who have made the ultimate sacrifice to protect our great nation.

Steve has improved public safety by co-sponsoring some of the most aggressive legislation in the nation to protect our children from sexual predators. Steve also chaired the Underage Drinking Task Force and has spoken to hundreds of students and their parents about the dangers of underage drinking, drug abuse and about driving safety and co-sponsored the Social Host Law. As our Legislator, Steve has been a strong supporter of our law enforcement organizations and our first responders.

Steve has authored numerous laws to protect our quality of life, including legislation creating an “Adopt-A-Spot” program to involve community organizations with clean-up and beautification of our roadways and created an “Anti-Graffiti Task Force,” with local high school students to address vandalism and to send the strong and swift message that it will not be tolerated in our community.

Steve authored successful legislation to strengthen penalties against illegal dumping and to create a pharmaceutical collection program to protect our environment and drinking water. He has worked to protect our groundwater, develop renewable green energy, co-sponsored legislation to promote sewer development in our underserved communities and has joined with members of our community to lead the fight against the New York State Department of Transportation Intermodal Facility. Steve is proud to have earned the endorsements of the League of Conservation Voters and the Sierra Club.

Steve has worked hard to protect the environment. In 2006, he passed the Planning Bill, which, for the first time, required that notice and an opportunity to be heard is afforded to residents of adjoining towns when large developments are planned near town borders. Steve has worked from day one to address planning and over-development issues in our community, working across party lines and with all levels of government to develop a more regional approach to planning. He has sponsored legislation to protect open space in our communities, including Carpenter Farms, De Lea Farms and Tilden Farm. Steve has also worked to secure millions of dollars in funding for infrastructure in our community.

Steve created the “First in New York State” “Silver Alert” system, which like an “Amber Alert” notifies our community and law enforcement when a person with a cognitive disorder, such as Alzheimer’s disease is reported missing. The program was so successful that it has been expanded and now includes a “Special Needs Alert” for those with developmental disabilities, such as Autism.

As a parent, Steve knows that protecting the health and safety of our most vulnerable is critically important. Steve is proud to have sponsored the “Toxin-Free Toddlers and Babies Act,” landmark “First in the Nation” legislation to prohibit the sale of baby bottles and toddler cups containing the hazardous chemical BPA. This critical initiative has now been passed in many states across the nation, in Canada and by the European Union.

Prior to his election, Steve assisted in coordinating Congressional hearings in the U.S. House Select Committee on Aging, focusing on the issues of elder abuse, long-term care and health and legal services for Long Island’s senior citizens. Steve graduated from Tulane University and received his law degree from Thomas M. Cooley Law School in Lansing, Michigan, graduating Cum Laude. Steve is a Certified Elder Law Attorney (CELA), awarded through the National Elder Law Foundation. Steve is admitted to practice law in New York and Florida. In addition, he has served as an adjunct Professor of Law at Touro School of Law, is a past trustee of the Multiple Sclerosis Society-Long Island Chapter and a past Vice-President of the Suffolk Y-JCC. He has also established the Idie Fund Charity with the Long Island Community Foundation. Steve is also a coach in the Half Hollow Hills Little League. He has been featured in Newsday, the New York Times and has been named one of Long Island’s Top Rising Leaders under the age of 40 by the Long Island Business News. Steve is honored to have been chosen as “Man of the Year” in Government for 2010 by the Times of Huntington.