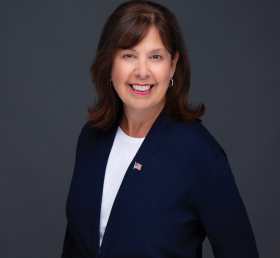 Shari Oster has almost 30 years of experience practicing law in Suffolk County. After being admitted to the Second Department of the State of New York in 1985, she practiced privately, representing clients in Family Court and District Court and ruling on cases in Small Claims Court. Ms. Oster was then employed as an attorney for the Mental Hygiene Legal Service of the Appellate Division of the State of New York , where she worked for 22 years. As an Associate Attorney in that agency, she represented some of the most vulnerable and marginalized people in New York, providing legal representation in the Supreme, County and Surrogate’s courts in both Nassau and Suffolk County. Ultimately she became a lead counsel in Guardianship cases for the Agency, serving as Counsel or Court Evaluator in hundreds of cases in the Guardianship parts of the Supreme Court.
Shari Oster received her Bachelor of Arts from the University of Michigan, her Juris Doctorate from St. John’s University School of Law and is certified in both Family and General Mediation. She has been a resident of Suffolk County for more than 50 years and has raised two daughters there, She has deep family roots in the Southampton community and has lived in Southampton for the last 20 years.