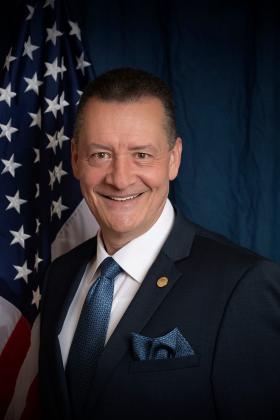 Samuel Gonzalez Jr, born in Brooklyn New York, has spent his career as a labor advocate representing workers across New York State. With more than 30 years of experience in the labor movement, Mr. Gonzalez has proven to be an exceptional leader; dedicated to charting a new course for the labor movement in New York City and beyond.

Samuel currently serves as the President of the International Brotherhood of Electrical Workers, local 1430, where he is the lead negotiator for the union in contract talks with major corporations in the United States. Furthermore, Samuel spearheads many of the unions organizing drives across the state.

Samuel started his career in labor as a shop steward with the Retail, Wholesale and Department Store Union (RWDSU), and was subsequently promoted to lead organizer. Recognized for his ability to inspire and lead, he was recruited by the IBEW in 2012.

Samuel Gonzalez Jr. has been actively involved in the Long Island community, serving as both an activist and advocate for the town of Brentwood. In Samuel’s 2012 bid for democratic candidate for state assembly in the 6th district, his platform focused on improving education and community safety for his constituents. Mr. Gonzalez is also a proud graduate of the Rutgers NJ-AFL-CIO labor candidate school.

Mr. Gonzalez resides in Brentwood New York where he is an active member of the Lions Club and the Knight of Columbus, and a dedicated husband, father, and grandfather.