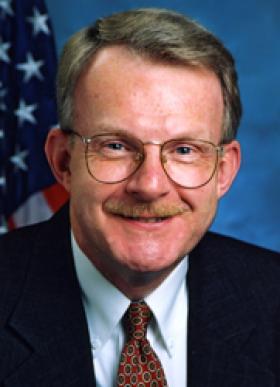 Bob Sweeney is a lifelong resident of the 11th A.D. in the Town of Babylon. A graduate of Lindenhurst Public Schools, Mr. Sweeney received his Bachelor's degree from Adelphi University and a Master of Public Administration from C.W. Post.

Actively involved in the area of health care, Assemblyman Sweeney has authored legislation dealing with health insurance and care for diabetes and breast cancer.

A leader in economic development efforts, Assemblyman Sweeney has successfully worked to establish programs that assist small business, especially defense-dependent manufacturers and high-tech businesses. He received the 1995 Initiative Award from ADDAPT, a consortium of over 100 downstate manufacturing firms, and a 2001 award from the Environmental Business Association.

Assemblyman Sweeney has received numerous awards for his dedication to the highest ideals of creating conservation legislation for the New York Marine district. He secured funding for construction of a Recreational Fishing and Aquaculture Center at Cedar Beach Marina, Town of Babylon, to promote education and knowledge of our marine resources.

Sweeney authored the law strengthening and expanding drug free school zones to include day care centers, pre-K and kindergarten programs. This important change was made to prevent drug violence from hurting young children or their adult supervisors.

In 2011 Assemblyman Sweeney was honored by the Long Island Pine Barrens Society as the recipient of their Outstanding Contribution to Long Island’s Environment Award in recognition of his work to protect and preserve Long Island’s drinking water and open spaces.

Assemblyman Sweeney annually sponsors, with the Town of Babylon, a Veteran's Awareness Week. This week, in honor of Americans who honorably served their country, helps us to remember our veterans. At the request of a high school classmate blinded while serving in Vietnam, Assemblyman Sweeney successfully worked to double New York's Blinded Veteran's Annuity, which hadn't been changed in 80 years.

A strong supporter of higher education, Assemblyman Sweeney received the 1996 Friend of SUNY Award and the 2001 Friend of SUNY Farmingdale Award. In 2009, he was awarded the Leadership in Literacy Award from Literacy Suffolk.

In 2000, Assemblyman Sweeney was named one of the "100 Most Influential People" of the 20th century in the Town of Babylon and in 2005 earned recognition as "one of Albany's most prolific legislators" by the Gannett News Service for his ability to sponsor bills that get signed into law.