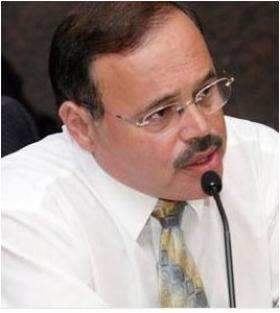 Ricardo Montano was born in the Bronx on July 1st 1950. He attended public schools in New York City and moved to Long Island in 1963 where he attended Brentwood High School. He graduated from DeWitt Clinton High School in 1968 and from the City College of New York in 1972 with a degree in Political Science. Upon graduation, he received a full tuition scholarship to attend Temple University School of Law in Philadelphia and earned his Juris Doctor Degree in 1975. Upon graduation, Mr. Montano was appointed an Assistant District Attorney for the City of Philadelphia. Thereafter, he became Deputy Director of the Institute of Puerto Rican Urban Studies in the Bronx, a housing development program that promoted rehabilitation and new construction.

Mr. Montano returned to the practice of law in Philadelphia and in 1979 where he was appointed Senior Trial Attorney with the United States Equal Employment Opportunity Commission. In this position, Mr. Montano represented the United States Government in federal civil rights employment cases. In 1981, Mr. Montano was appointed Executive Director of the Suffolk County Human Rights Commission, where he served for eight years. He then formed the law firm of Montano & Calisto, Esqs., and also served as legal counsel to New York State Senator Larry B. Seabrook of the Bronx. In 1999, Mr. Montano was appointed Assistant Attorney General for the State of New York in the Suffolk Regional Office. In 2003, Mr. Montano took a leave of absence from the Attorney General’s Office to run for the Suffolk County Legislature and was elected Suffolk County Legislator for the 9th District. He took office on January 1st 2004. He has run unopposed and re-elected to the Suffolk County Legislature for three consecutive terms. In his current position, Legislator Montano represents Brentwood, Central Islip and parts of Islandia. Legislator Montano serves as the Chairperson of the Legislatures Ways & Means Committee, Vice Chairperson of the Parks & Recreation Committee and a Member of the Veterans and Seniors Committee.

Mr. Montano has a daughter and lives in Brentwood. He is the son of Assemblyman Armando Montano, who represented the South Bronx between 1968 until 1982.