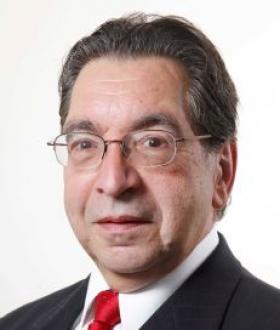 Richard S. Macellaro was born and raised in Brooklyn, New York. Mr. Macellaro has lived in Kings Park for more than 22 years, together with his wife of 38 years, Diane. His two daughters, Andrea and Jillian also live here and he has three terrific grandchildren, Alexa, Nicholas and Julianna.

Richard S. Macellaro was a founding member of a Williamsburg, Brooklyn, community based, and not-for-profit organization partnering with government, industry, business groups and neighborhood residents to find common sense solutions to community solutions. He also served as an Executive Board officer and member of various senior citizen, health care and civic associations.

Mr. Macellaro was a Home Health Care Administrator, for more than 20 years, writing competitive and successful program proposals for continued funding and managed operating budgets of $30 to $50 million dollars per year. He supervised thousands of home care workers and was an advocate for safeguarding the rights of the elderly and disabled, including increased medical care, while reducing Medicaid cost.

Since 2008, Mr. Macellaro has served as Trustee and Membership Chairperson of the Kings Park Fr. John Papallo Lodge-Order of Sons of Italy in America (OSIA.) Richard was elected in 2011 and has served two years as President.

Under his leadership, the Lodge continues to provide College Scholarships to our community’s young women and men. The Lodge host Cultural and Heritage Events. Together, we planned, participated and initiated; Memorial Masses, Parades, Pageants, Picnics, Festivals, Street Fairs, Golf Outings, Car Shows and expanded our Newsletter, Internet and Web services.

Mr. Macellaro is the 1st Vice-Chairperson of the Smithtown Democratic Committee and an Officer of the Lakebridge Condo II Board of Managers.