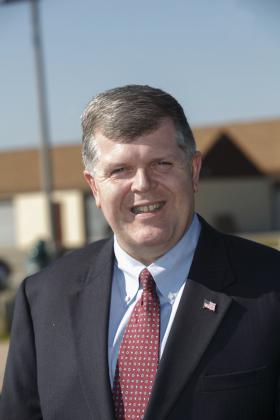 Rich Schaffer is a Democrat who is seeking re-election as Babylon Town Supervisor. After being elected to the County Legislature in 1987, Schaffer initially served as Town Supervisor from 1992 to 2001. Following the election of Supervisor Steve Bellone to the position of County Executive, Schaffer was appointed Supervisor in January 2012 and won a special election that November to fill the remainder of the term.

Under Supervisor Schaffer, the Town has maintained steady budgeting practices and retired more debt than taken on every year. Because of this common-sense budgeting, Moody's and S&P have assigned Babylon one of the highest bond ratings on Long Island. Through steady leadership, Supervisor Schaffer has been at the forefront of the Town's recovery efforts from Hurricane Sandy and has worked tirelessly to help rebuild our area after the devastation.

Supervisor Schaffer has reduced the size of Town government while creating new parks, investing in Babylon's infrastructure and maintaining the valuable services that our residents rely on. His administration has taken swift action addressing quality of life issues, such as fighting illegal apartments, reducing blight and removing squatters.

Rich Schaffer is a North Babylon resident and is currently the Chairman of the Suffolk County Democratic Committee.