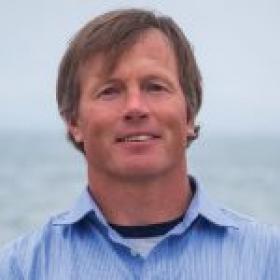 Mike Martinsen is an oyster farmer and fisherman by trade, and a surfer, diver and nature enthusiast at heart. He is a founding partner of the Montauk Shellfish Company Inc. and now owner of the Montauk Pearl Oyster Farm.

Mike is a lifelong Democrat and has served with distinction as a volunteer in the Montauk Fire Department and was fire fighter of the year in 2017. He’s also a licensed captain, running guided tours of his Montauk oyster farming operation with his son and daughter who are also working the farm.

Experience
He’s a knowledgeable advocate for marine conservation and aquaculture and his efforts now help to restore water quality and balance in the estuaries of East Hampton.

He is a well-known community volunteer in Montauk and contributor to the Suffolk county food policy working group and has served on several marine conservation and aquaculture expert panels.

Mike believes in a government of the people, and strives to be a trustworthy friend to the community. As a Trustee, he vows to be open minded, to listen, and to protect the water and bays that are the natural assets of our Town.