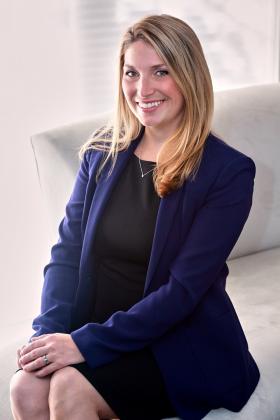 Melanie D’Arrigo is a healthcare advocate, community organizer and mother of three who believes we need leaders in Washington to stand up and fight for Long Island, Queens, the Bronx and Westchester families—not become part of the same broken system.

Melanie was born into an impoverished family on the South Shore of Long Island, and raised in a union household by her grandmother. With grit and determination, Melanie beat the odds and was the first in her family to attend college—working numerous jobs while attending Barnard, and graduating with thousands in student loans.

Melanie earned her Masters of Science degree from the School of Health Professions at Long Island University, and has worked as a healthcare advocate and strategist ever since, teaching children, families and organizations how to live healthier lives, prevent serious medical conditions, and save money.

As a mother of three, Melanie knows what it’s like to battle the American healthcare system and the workplace as a new mom. While pregnant, Melanie was passed over for a job after the employee saw she was expecting. And when her son Ryan was born and her husband was laid off, Melanie was put on a payment plan — owing the hospital thousands of dollars for having a baby.

Melanie has organized marches, rallies, teach-ins and protests in her community—on everything from protecting Planned Parenthood and our environment to immigrant rights and ensuring her community got the funding it needed after being ravaged by the pandemic. A tireless grassroots volunteer, Melanie helped found Sunrise Movement Nassau County, Be The Rainbow (LGBTQ+ visibility group) and is a Nassau County Delegate for New York’s National Organization for Women and serves as a CD 3 district representative for National Nurses United in the fight for Medicare for All.

After bringing her two young daughters to the Brett Kavanaugh protests in 2018, Melanie realized that the only way to change the system was to change our elected officials upholding the status quo. Melanie ran for Congress in 2020 and built a strong grassroots infrastructure that has enabled her to continue organizing for her community and push for the change that Long Island and Queens families need.

Melanie is raising three children under the age of 10 with her husband in Port Washington. As a member of Moms Demand Action, Melanie strongly supports universal background checks and common sense gun laws. And as a lifelong resident of a coastal community, Melanie supports a Green New Deal because she knows climate change is threatening our shoreline and our drinking water.

Melanie believes the needs of our communities should always come before the needs of billionaires and is committed to helping everyone at the expense of no one. She’s not taking corporate donations—because she knows if we want leaders who fight for the grassroots, they have to come from the grassroots