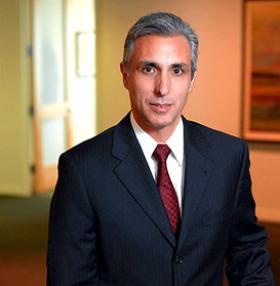 Legislator Lou D’Amaro was first sworn into office in January 2006 is currently in his fourth term in the Suffolk County Legislature, where he represents the 17th Legislative District, which includes parts of Huntington Station, Huntington, South Huntington, Dix Hills, Melville, West Hills, Deer Park and North Babylon.  He is Chairman of the Ways & Means Committee and Vice-Chairman of the Parks & Recreation and Economic Development & Energy Committees of the Legislature.

Legislator D’Amaro has served at many levels of government and was active in both the Town of Huntington and the Town of Babylon, the two towns covered by his current legislative district, prior to being elected as County Legislator.

In Babylon, Legislator D’Amaro served as an assistant town attorney for zoning and land use and as the Chairman of the Babylon Zoning Board of Appeals. Legislator D’Amaro was also a member of a select committee investigating cable television rates and served as a community representative for the town supervisor. In Huntington, Legislator D’Amaro served the town supervisor’s office as a community representative and as a director of the Town of Huntington Economic Development Corporation, an all-volunteer company targeting downtown commercial revitalization.

At other levels of government, Legislator D’Amaro has served as a congressional aide in Washington D.C., as a staff member to a New York State Assemblyman, and as a senior legislative aide. On the County level, Legislator D’Amaro also served as a member of the Suffolk County Judicial Facilities Agency and as an informal advisor to the County Executive’s Labor Advisory Board.

In addition to his many years of government experience, Legislator D’Amaro has been practicing law for more than 20 years, primarily in the areas of litigation, business law and real estate.  He first practiced in Manhattan, eventually managing the firm’s real estate department, and then became a solo practitioner in private practice on Long Island, focusing on commercial real estate, zoning and corporate transactions.  He is currently Of Counsel at Rivkin Radler LLP in the firm’s Real Estate, Zoning and Land Use Practice Group.  A graduate of Deer Park High School, Stony Brook University and St. John’s University Law School, Legislator D’Amaro lives in North Babylon.

In the community, Legislator D’Amaro is a member of the Sons of Italy Constantino Brumidi Lodge in Deer Park, an active member of the New York State Bar Association and supports many not-for-profit organizations and events.  He received the 2007 Government Leader of the Year Award from the Route 110 Redevelopment Corporation, the 2009 Public Service Award from the Cold Spring Hills Civic Association, the 2009 Thursday’s Child Community Service Award and was honored for his support for the Long Island NAACP ACT-SO Program, Babylon Breast Cancer Coalition and the Huntington Marine Corps League.

Legislator D’Amaro focuses on issues that impact directly on our quality of life. He is a leader on such issues as tax relief, government reform, neighborhood safety, environmental preservation and the local economy. Legislator D’Amaro believes that the number one issue facing residents is the high cost of living, working and raising a family in Suffolk. In response, his governmental philosophy includes fiscal restraint as well as strong support for local businesses, job creation, and environmental initiatives.