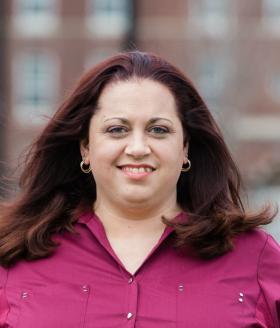 One thing most defines Leigh-Ann Barde – she’s a mom.

At first, Barde, the mother of four boys, two with special needs, was a stay-at-home mom and little league coach. Until she discovered something – the only way to ensure her children received the support they were entitled to from their school and town government, would be to become something more – an advocate.

In the process of advocating for her children, Barde also realized it was time to change things in town hall, not just for her children’s sake, but for all the Town’s children. Ultimately, that’s why she decided to run for Islip Town Council.

For several years, Central Islip families have tried to get Islip officials to repair town-owned ball fields, but to no avail. Last autumn Barde emerged as a vocal advocate for Central Islip families, not just for the ball field issue, but also for a long-overdue, much needed community recreation center. “We’re trying very hard to create some positive change in this community,” Barde said recently. “Neighboring hamlets have first-rate fields and other facilities. It’s time for the Town to fair to everyone, not just some.”

As a councilperson, Barde will continue her advocacy for the constituents of Islip Town. Barde holds an associate degree in paralegal studies. She resides in Central Islip with her children and their dad.