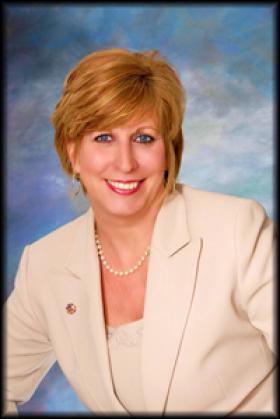 Kathleen Walsh has lived in the community for over forty years. She was educated in the Middle Country School District and graduated from Newfield High School in 1977. Kathy was raised in Selden with her parents and 5 brothers. Coming from a large blue-collar family, Kathleen learned the value of hard work and the rewards it brings. She became community active while raising her 3 sons. She joined the North Coleman Road PTA when her children entered school, and her passion for community activism grew.

Kathleen became Vice-President and eventually Co-President of the North Coleman Road PTA. Children were her priority; Kathy soon became the Assistant Director for the Suffolk Regional PTA, and then President of the Middle Country PTA Council. It was here that she gathered her knowledge and experience in working with budgets and used it to help the community and put her on the path to becoming a Middle Country School District Board of Education Trustee. She was re-elected to a second term and was honored on becoming Vice-President of the School Board.

As a chairperson of the Selden-Centereach Youth Association she was able to help the organization thrive. The Youth Association will soon have its first permanent home for the scores of children in need within the Middle Country Community. With her sons being active in community sports, Kathy was never far behind. Working as a team mother, she developed a working relationship with various sports organizations.

Today, Kathleen works tirelessly to prevent over-development in the hope of securing more park and recreational facilities in Brookhaven Town. Functioning as a team with the Middle Country Smart Growth Committee, Kathleen is determined to make District 3 a safe, beautiful, family oriented community. “Discouraging landlords from abandoning shopping centers and encouraging new businesses to come into our District is a balance I believe that needs to be maintained.”

Preserving the few remaining historical sites while providing more tax revenue is what Kathy hopes to accomplish during her tenure on the Town Board. Councilwoman Walsh was instrumental in the preservation of Hobbs Farm. As one of the last remaining working farms in the Centereach area, Hobbs Farm works to maintain a remnant of the agrarian legacy and helps to foster a sense of community pride by hosting public events in partnership with civic and educational organizations in the area.

Viewing first hand the magnificent care her father received along with other Veterans at the Long Island Veterans Nursing Home in Stony Brook, Kathleen became the champion for Veteran causes. Securing funds and raising awareness on Veteran Issues became an important factor in her legislative duties. While her own son was serving with the army in Afghanistan, she increased her desire to serve the Veteran community.

In the fall of 2009, Councilwoman Walsh with Town Supervisor Mark Lesko and Suffolk County District Attorney Tom Spota she hosted the town’s first “HOPE Summit”. An unbelievably successful event aimed to provide residents and families with all the local tools and resources available for those battling addiction and substance abuse, to meet one on one with experts in the field of addictions.

Kathleen Walsh was elected to the Town of Brookhaven Council District 3 in 2005 and re-elected in 2007 and 2009 with an overwhelming majority of votes. Council District Three consists of Lake Grove, Selden, Centereach, Lake Ronkonkoma (part), Farmingville (part), and Coram (part).