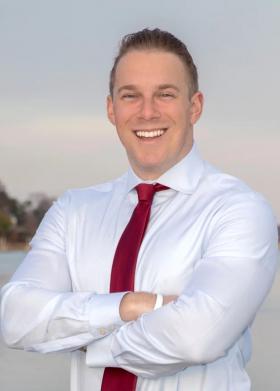 Josh Lafazan became the youngest elected official in New York State history when he won a seat on the Syosset School Board at age 18, running on a platform of taking on a bloated administration that wasn’t adequately serving students.

He became the youngest Nassau County Legislator when he beat an incumbent in a Trump district in 2017. He’s been re-elected twice in otherwise tough Democratic years.

Josh has passed more bills than any County Legislator in Nassau’s history that tackle the opioid epidemic, care for our veteran and disabled populations, and bolster our schools for future generations.

Josh is also employed at Northwell Health where he focuses on corporate social responsibility with an emphasis on environmental sustainability and he teaches a course at Long Island University.

Josh graduated from the Harvard Graduate School of Education with a Master’s Degree in Education Policy and Management, and from the Cornell University ILR School with a Bachelor’s Degree in Industrial and Labor Relations.