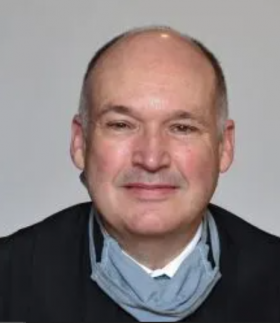 Hudson, 60, of Southold, is running on the Democratic, Republican, Conservative, and Independence party lines in the general election.

He is a Suffolk County Court Judge since 2001 and an appointed Acting Supreme Court Justice since 2005.

He received his undergraduate degree from the State University of New York at Albany in 1981 and his law degree from New York Law School in 1984.