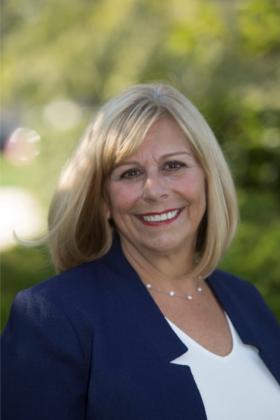 Gerry Compitello began her career in public service in 2005. Her experience in government includes economic development, constituent services and community outreach. As Supervisor Rich Schaffer's Deputy Chief of Staff, Gerry was instrumental in the Sandy recovery for many homeowners. She is an active volunteer with the United Way, Ujima Program, First Company Pink, Babylon Breast Cancer Coalition and the Alzheimer's Foundation of America. She has worked on special projects for the Town, most recently the construction of a specialized respite park for individuals suffering from Alzheimer's.

Gerry Compitello is a graduate from Amityville Memorial High School. After that, she attended SUNY Farmingdale, where she received her degree in education and was elected as the President of the Early Childhood Department. She has been the recipient of the Town of Babylon's Phoenix Award and the Maxine Postal Women in Government Award.

Gerry is a lifelong resident of Amityville. She lives in her childhood home with her husband Jim and daughter Colleen Faith.