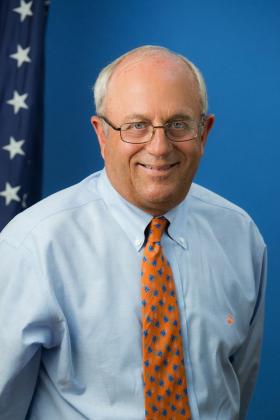 A native son and fourth generation Bay Shore-ite, George Hafele has roots in this community. Born at Dr. King’s Hospital on Maple Avenue in Bay Shore and raised in the same town, George is a graduate of Bay Shore High School like his parents before him. Since 1977, when George and his wife Gaye Moulton Hafele were married, they have lived in Islip where they raised their two children, Andrew and Meghan. Like their mother before them, Andrew and Meghan are graduates of Islip High School. Today, both are teachers at schools within the Town of Islip (Andrew in Bay Shore; Meghan in Blue Point), and currently reside in Bay Shore making Andrew and Meghan the “fifth generation” of Hafeles in town.

George attended Suffolk County Community College and St. Bernard’s College in Cullman, AL before beginning his long-term employment with Fire Island Ferries Inc. In a career spanning more than 40 years, George began his work at the ferry company as a deckhand then advanced through the ranks to captain, operations director, and general manager before assuming the post of company president, a position he held until his retirement in 2007.

During his maritime career, George was a consultant to the City of New Rochelle spearheading a feasibility study for car/ferry service in that area; and consultant to EEA on a project documenting effects of landfill on marine life and waterways surrounding Staten Island. In the aftermath of 9/11 tragedy, George coordinated the marine transportation program that brought Fire Island ferry boats to New York Harbor enabling thousands of people to begin the recovery process by responding to then-Mayor Giuliani’s call to “start the healing by getting back to work.”

From 2008 through 2012, George served as Deputy Commissioner of Parks for the Town of Islip. He was named Advisor to the Town Supervisor following Hurricane Sandy and serves in that capacity today.
A life-long resident of the Town of Islip, George appreciates the natural beauty of this township, the history of this area, and looks forward to a bright future for all who live here by serving his community fully and well. George was meant to serve his fellow citizens; to do right by the people who live in the place he loves so dearly.